The Dana-Farber Cancer Institute in Boston, MA is one of many myeloma centers of excellence in the United States.  This program will focus on how teams of clinicians, nurses, researchers, and other health care professionals work together to provide patient care.  How do they develop strategies for newly diagnosed and relapsed/refractory patients?  How do they work with physicians in other places when patients are referred for second opinions?  What is the role of nurses, practitioners, and navigators?  Why and when are clinical trials recommended, both at Dana-Farber and other clinics?  How has telemedicine affected their practice? 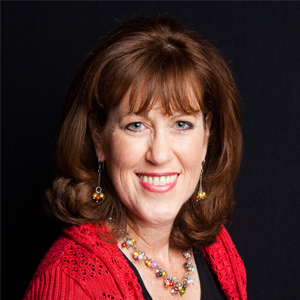 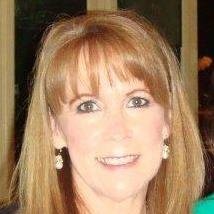 Kathleen Colson, RN, BSN, BS, served 21 years as a Clinical Research Nurse with the multiple myeloma program in the Jerome Lipper Multiple Myeloma Center at Dana-Farber Cancer Institute (DFCI) in Boston, Massachusetts. She retired in January 2021 but continues to be involved with the myeloma community. Prior to joining the multiple myeloma program, she served as a Clinical Staff Nurse in the Hematology/Oncology outpatient Infusion clinic at DFCI. Ms. Colson has also worked as a Staff Nurse in the Bone Marrow Transplant Unit at Beth Israel Deaconess Medical Center in Boston, and as a Staff Nurse within the section of Hematology/Oncology at Memorial Sloan-Kettering Cancer Center in New York, NY. Ms. Colson received both her BS in Business Management and a BSN in Nursing from the University of Massachusetts. Kathleen has authored or co-authored numerous publications dealing with multiple myeloma treatments, supportive care, and side-effect management treatments. In addition, Ms. Colson is an invited speaker on the topic of multiple myeloma at many symposia and workshops both nationally and internationally. She was the first nurse ever to be an invited speaker at the 13th International Myeloma Workshop in Paris, France, May 2011. Ms. Colson also serves on the Nurse Leadership Board of the International Myeloma Foundation. 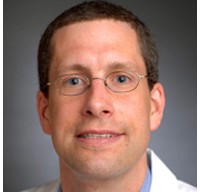 Dr. Jacob Laubach, MD is an Assistant Professor in Medicine at Harvard Medical School and the Clinical Director of the Jerome Lipper Multiple Myeloma Center at Dana Farber Cancer Institute. Dr. Laubach completed his medical degree, residency and fellowship in hematology at Duke University Medical Center in Durham, NC. He joined the Dana Farber Cancer Institute faculty in 2008. Since joining the Dana Farber Cancer Institute faculty in 2008, he has been dedicated to the growth and expansion of the Multiple Myeloma clinical program and to clinical research evaluating new therapeutic agents in Multiple Myeloma. As a clinician, he has a large academic practice focused on the care of patients with plasma cell disorders. In addition, Dr. Laubach played a lead role in the formation of a multi-disciplinary Amyloidosis program at DFCI and Brigham & Women’s Hospital and serving as associate director before being succeeded by Dr. Giada Bianchi in 2018. As a clinical investigator, his research has focused primarily on the development of new therapeutic agents. Dr. Laubach has been involved in the study of histone deacetylase inhibition as a treatment strategy in Multiple Myeloma and in the development of monoclonal antibodies in this disease such as CS-1 (Elotuzumab) and CD38 (Daratumuab). He is currently leading an international phase 2 trial evaluating subcutaneous bortezomib as a component of the standard of care induction regiment lenalidomide, bortezomib, and dexamethasone and was a lead investigator in the recently published GRIFFIN trial evaluating the combination of daratumumab plus RVD. He has also been involved in efforts through the International Myeloma Working Group to update guidelines on management of relapsed and refractory myeloma. Dr. Laubach’s clinical practice has provided frequent opportunities for teaching and mentoring students at Harvard Medical School, Residents at Brigham & Women’s Hospital, and Fellows in the Dana-Farber/Partners CancerCare Hematology/Oncology Fellowship Program.

Paul Richardson, MD, is the RJ Corman Professor of Medicine at the Harvard Medical School, Clinical Program Leader and Director of Clinical Research at the Jerome Lipper Multiple Myeloma Center, of the Dana-Farber Cancer Institute (DFCI) in Boston. Dr. Richardson received his medical degree from the Medical College of St. Bartholomew’s Hospital in London, UK. His postdoctoral training included internship in the Departments of Medicine & Surgery at St. Bartholomew’s Hospital; residency in the Department of Medicine at Newcastle University School of Medicine; appointment as Chief Resident in Medical Oncology at the Royal Marsden Hospital in London and Surrey; and additional residency training at the Beth Israel Hospital in Boston, USA. He completed fellowships in hematology/oncology and medical oncology at Tufts University School of Medicine, Baystate Medical Center, and Harvard Medical School, Dana-Farber Cancer Institute before coming on staff at DFCI in 1994. Dr. Richardson currently holds leadership positions in several professional bodies and serves on the Editorial Board of the Journal of Clinical Oncology, the Journal of Oncology, The Oncologist, Clinical Cancer Research, and the British Journal of Hematology. He is the prior Chairman of the Multiple Myeloma Research Consortium, Clinical Trials Core, a position he held for 5 years as a founding member and as part of a rotating tenure, and for which he continues to serve on the Steering Committee and Project Review Committee. He now chairs the newly formed Multiple Myeloma Committee for the Alliance for Clinical Trials in Oncology (the former CALGB). His honors include several Massachusetts General Hospital, Brigham and Women’s Hospital, and Dana-Farber Partners in Excellence Awards; The Brigham and Women’s Hospital Teaching Scholars Award; The Tisch Outstanding Achievement Award for Clinical Research; and the Dana-Farber Cancer Institute’s George Canellos Award for Excellence in Clinical Research and Patient Care. For his contributions in hematology and oncology, and in particular myeloma, he was awarded an honorary Fellowship of the Royal College of Physicians (FRCP) in 2009, and he was also more recently a co-recipient of the prestigious Warren Alpert Prize in 2012, the Ernest Beutler Prize at ASH 2015, and the Robert A Kyle Lifetime Achievement Award in 2017. 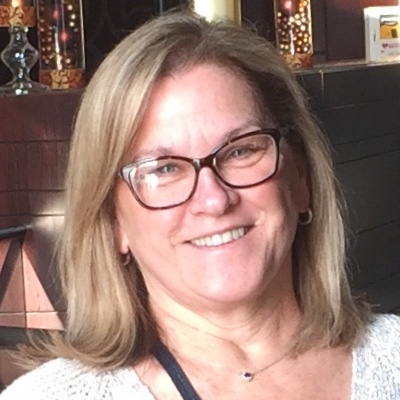 Eileen Regan, DNP, AGPCNP, OCN, is a Nurse Practitioner (NP) in the Multiple Myeloma Group at Dana-Farber Cancer Institute. She cares for patients with Multiple Myeloma on with a focus on clinical trials as well as standard of care in collaboration with the team. She earned her Doctorate of Nursing Practice from University of Massachusetts in 2018. She began working with the multiple myeloma group as an NP after earning her Master’s in Nursing in 2014 after working as a registered nurse (RN) in clinical research in gastrointestinal cancer. She began her career as an RN caring for adult patients in a variety of settings after graduating from Boston College.