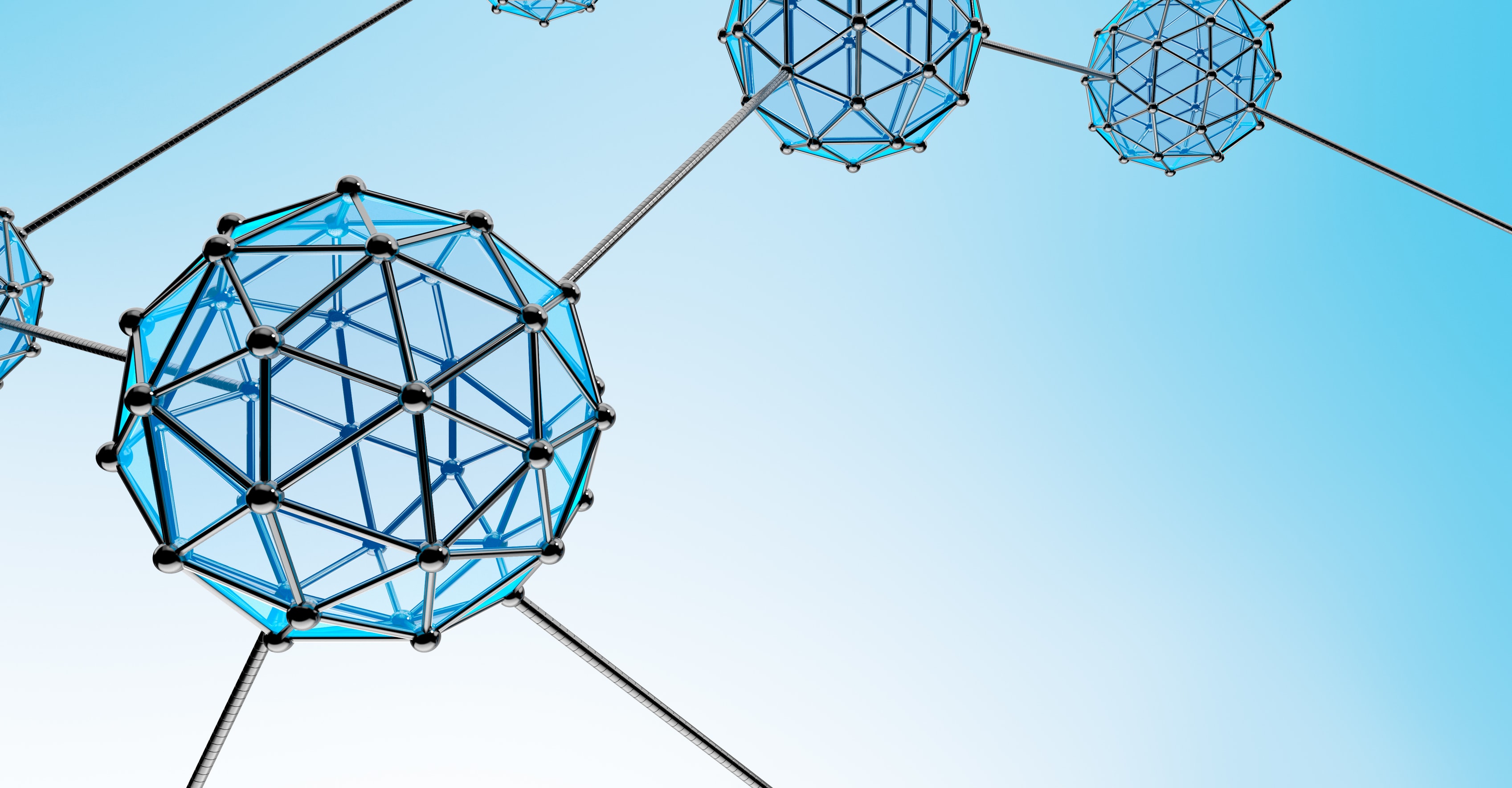 Progress in science depends on new techniques, new discoveries and new ideas, probably in that order.

“To see,” the poet Paul Valéry once wrote, “is to forget the name of the things that one sees.”  To see DNA is to forget its name or its chemical formula.  Like the simplest of human tools—hammer, scythe, bellows, ladder, scissors—the function of the molecule can be entirely comprehended from its structure.  To “see” DNA is to immediately perceive its function as a repository of information.

Fantastic Voyage, a 1966 science fiction film, kept coming to mind as I listened to Drs. Samuel Achilefu and Monica Shokeen talk about the Washington University’s Center for Multiple Myeloma Nanotechnology (CMMN) at the St. Louis Myeloma Crowd Round Table on June 18, 2016.

For those of you too young to remember or aren’t addicted to old movie channels, Fantastic Voyage is about a group of scientists who are miniaturized, along with their “spaceship,” to enter the body of a colleague to treat a deadly brain clot caused by an assassination attempt.  Along the way, their progress and lives are threatened by the immune and digestive systems as well as other bodily functions.  Ultimately (spoiler alert), they treat him and get out before the effects of the shrink ray wear off.

The movie’s plot is a simplified analogy about how nanotechnology might be used one day, perhaps routinely, to treat myeloma and other cancers and diseases.  As CMMN’s mission became clearer to me, the more it sent chills up my spine; it has the potential to completely upend our approaches in treating and curing diseases.

Imagine a world where physicians can not only see where myeloma is active, but actually can see the molecular markers that cause it.  And not just see them, but place effective treatments right where the triggers of malignancy are located!  And to make it even more effective, making those agents long term, precisely targeted time bombs that go off over a period of months or longer?  That’s the dream and task of CMMN.

According to the National Institutes of Health (NIH), “nanotechnology is defined at the understanding and control of matter at dimensions of roughly 1 to 100 nanometers.”  A nanometer is one billionth of a meter (0.0000000001 or 1×10?9 of a meter).  It is small.  Very small.

Think of it this way: the length of a nanometer is equal to 10 angstroms, an angstrom being one-ten billionth of a meter.  A DNA helix strand is twenty-three angstroms wide.  So, the width of a nanometer is less than half the width of a single strand of DNA, one million of which, as Siddhartha Mukherjee has noted, “stacked side by side would fit into this letter: o.”

Try to imagine a world in which physicians can routinely treat and prevent diseases at such a tiny stage.  Then try to expand your vocabulary to make sense of the new concepts that nanotechnology creates.  Nanomedicine is about treatment at infinitesimal levels.  Nanoparticles comprise the stuff that must be invented to create the actions of nanomedicine.

Nanotechnology is already a part of our lives, most obviously in the personal computers and touchpads we rely on day-to-day.  These devices are infinitely more powerful and user-friendly than the decades-old IBM, punch-card fed machines that used to fill buildings.  We carry USB sticks in our pockets with tens to hundreds of times the memory capacity that the best computers on the market had less than twenty years ago.  Smaller is actually much more effective than anything we imagined years ago.

In addition to smallness, nanomedicine benefits greatly on imaging: the ability to see, not just infer about, what is going on at the ultra-microscopic level.  Progress in imaging has gone hand-in-hand with medical innovation, especially in myeloma.

It started just prior to the beginning of the 20th century when Wilhelm Röntgen, working in his small lab in Würzburg, Germany, discovered x-rays.  In the 1940s Rosalind Franklin used complex photographic techniques to first visualize DNA, leading James Watson and Francis Crick to the seminal description of its structure.

Even as late as the 1990s, x-rays were the standard imaging tools used to see the bone damage being caused by myeloma.  Patients are now conversant and familiar with imaging tools like MRI, CT, and FDG-PET.  As effective as they are, however, all these techniques have their limitations.

A PET scan is certainly infinitely more effective than an x-ray in seeing myeloma activity in the body, but it does not let us see clearly into the intricate mechanisms of molecular activity.  That’s where nanomedicine wants to take us.

Dr. Achilefu, CMMN’s co-director, has been director of the Washington University School of Medicine’s Optical Radiology Lab since 2002.  With a background in chemistry, hematology, optics and imaging, he might be the right leader of the right team at the right time to make nanomedicine in myeloma science nonfiction.

Dr. Achilefu holds 56 patents, mostly in molecular imaging.  Most recently, he conceived of and co-developed a pair of imaging goggles used in surgery to differentiate between cancerous and healthy cells in solid tumors.  Fluorescent light and dyes are used in the procedures to help the surgeon see.  Part of the CMMN’s work will be to develop new imaging techniques and dyes to better see and differentiate nanoparticles in myeloma cells.

Dr. Shokeen is working on translating these concepts to refine PET imaging to see molecules that are unique to malignant myeloma cells.  Much like Dr. Achilefu’s concepts, her research will lead to better targeting of myeloma cells while sparing the non-cancerous cells.

Late last year, CMMN received a five-year $13.7 million National Cancer Institute (NCI) grant, one of six nanotechnology centers it supports.  As anyone who follows the saga of NIH funding knows, this is a big deal.  Moreover, CMMN is the only project of its kind in the world that focuses exclusively on myeloma.

Unlike Fantastic Voyage, in which scientists and their tools were shrunk to treat disease, nanotechnology will, hopefully sooner rather than later, bring a day when physicians and researchers are able to use tools to treat diseases by seeing them and targeting therapies as close to the causes as possible.  If that happens, the next expedition will be to marry this knowledge with efforts to keep MGUS and smoldering myeloma from progressing to active disease.

You may not have heard of Washington University’s CMMN or nanotechnology in myeloma before.  My guess now is that you will likely never forget it.  And I bet you can hardly wait to see where this fantastic voyage might lead.

To learn more about the work by Washington University, listen to the show on Myeloma Crowd Radio with Drs. Achilefu, Vij and Shokeen.