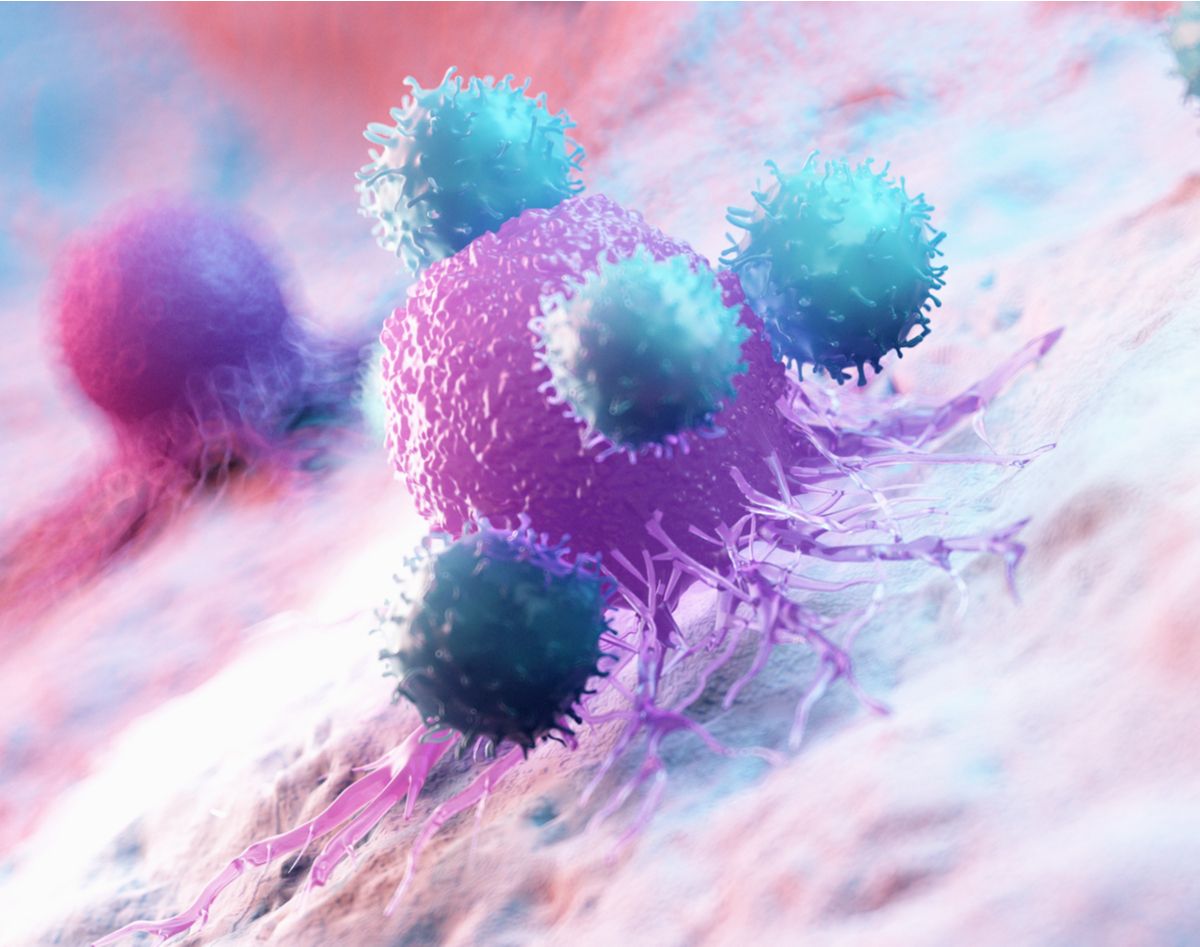 Scientific progress in treating multiple myeloma has been moving forward over the past few years at a speed not seen in the more distant past. We have become familiar with biologics/monoclonal antibodies (and many of us are already experiencing the benefit of products such as Darzalex/daratumumab), and are learning rapidly about CAR-T (with some of us already enrolled in one of the various MM-targeted clinical programs). There is also another kid on the block that we will hear from more and more in the near future: myeloma treatment that uses Natural Killer cells, also known as NK-cells. But what are these NK-cells?

NK-cells are a type of white blood cell and they are part of our natural immune system. NK-cells were discovered in 1975 and were originally identified as lymphocytes (a kind of white blood cell) that can kill tumor cells. Since then, it has been learned that NK-cells have the unique ability to distinguish 'stressed cells' (such as tumor cells, infected cells or damaged cells) from 'normal cells'. NK-cells have tiny granules in their cytoplasm (the material inside the cell membraneexcluding the cell nucleus). These granules contain special proteins (such as perforin) as well as proteases (known as granzymes). When a NK-cell comes close to a cell slated for killing, perforin forms pores in the cell membrane of the target cell through which the granzymes and associated molecules can enter, inducing cell death.

A few days ago, the company Kleo Pharmaceuticals received approval from USFDA to initiate human clinical studies with the investigational compound KP1237 in myeloma. This compound is known as a bi-specific 'antibody recruiting molecule' (ARM) that will form a bridge between the protein CD38 that is prevalent on the surface of myeloma cells and the patient's own NK-cells. This will tightly bind the NK-cells to the myeloma cells and the NK-cells can work their magic.

There are a few things to know: