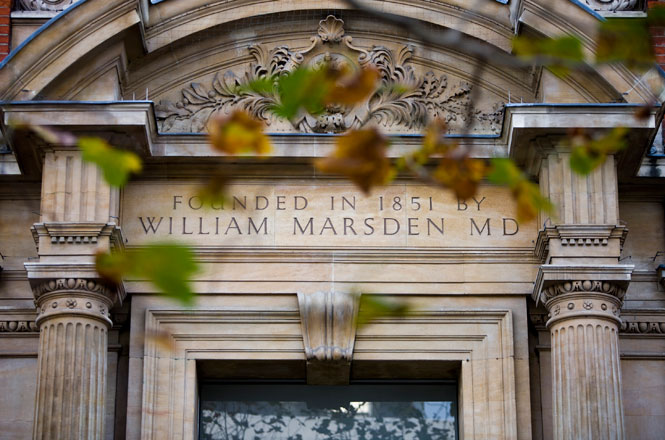 Imaging studies (like xrays, PET-CT scans and MRIs) are a key way to detect and diagnose multiple myeloma. Thanks to research by the Institute of Cancer Research (ICR) and The Royal Marsden Hospital, new scanning techniques are developing that could have an important role in the treatment of myeloma.

The new whole body scan, a variation of the commonly used Magnetic Resonance Imaging scan (MRI), gives a much more detailed and accurate picture of the spread of myeloma throughout a patient’s bone marrow. It is able to produce a clear picture of myeloma in different bones in the body and is potentially more effective than usual methods such as X-rays and bone marrow biopsies/trephines at measuring how much myeloma is present and where.

In the study, published in the academic journal Radiology, 26 myeloma patients underwent the new scan known as the whole body diffusion weighted MRI scan, both before and after their myeloma treatment. The results enabled the researchers to determine, in the majority of cases, whether the patients in the study were responding to their anti-myeloma treatment.

The new whole-body, diffusion-weighted MRI scans showed the spread of cancer throughout the bone marrow of patients with myeloma - one of the most common forms of blood cancer - more accurately than standard tests. The scans also showed whether the patients were responding to cancer treatments.

Myeloma patient Stewart Officer, said, "It is particularly impressive as the scanner was able to provide a precise identification of where the myeloma is in my body (incidentally, in the femur) and how well I am responding to treatment. It is a major game-changer in both the imaging and future treatment of myeloma.”

“This new type of MRI scan is incredibly exciting for the myeloma community. The study has highlighted a far more extensive and less invasive way of identifying where in the patient’s body the myeloma is present and how it is responding to different types of treatment. This will help us to better target treatment in myeloma patients in the future, which for me is an exciting prospect,” said Professor Garth Morgan, Head of the Myeloma Unit in the Royal Marsden Hospital.

This discovery is so significant because xrays and CT scans can detect bone destruction, but they are inherently limited at detecting myeloma in the actual bone marrow.

Dr. Ola Landgren tells patients that the skeletal survey (or traditional X-ray) which is still considered the "gold standard" by some is highly limited and can't detect myeloma if it exists in less than 30% of the bone. This makes finding myeloma impossible for patients without significant bone damage. He says that the CT scan is better. "If you do a CT, a CAT scan, you’d probably increase your detection rate by 10 to 20 times so you can pick up smaller holes in the bone." But this misses an important fact: "Myeloma is not a disease of the bone. Myeloma is a disease of the bone marrow. So the skeleton has a hard and a soft component and the disease is in the soft component, in the bone marrow. That’s where the myeloma cells live. And when they are active, they trigger other cells in the bone marrow...and also cells that are involved in bone metabolism. And when you start seeing lesions, they actually are complications of myeloma. So why are we imaging complications of a disease? Why don’t we image the actual problem, the disease?" Whole body MRI imaging does this best.

Professor Nandita deSouza, Professor of Translational Imaging at The Institute of Cancer Research and Honorary Consultant at The Royal Marsden, said, “This is the first time we’ve been able to obtain information from all the bones in the entire body for myeloma in one scan without having to rely on individual bone X-rays. It enables us to measure the involvement of individual bones and follow their response to treatment."

The potential to minimize the number of bone marrow biopsies is exciting to patients who see them today as a necessary evil to monitor their disease.

With the new whole-body test says deSouza, “the results can be visualized immediately; we can look on the screen and see straight away where the cancer is and measure how severe it is. The scan is better than blood tests, which don’t tell us in which bones the cancer is located. It also reduces the need for uncomfortable biopsies, which don’t reveal the extent or severity of the disease.”