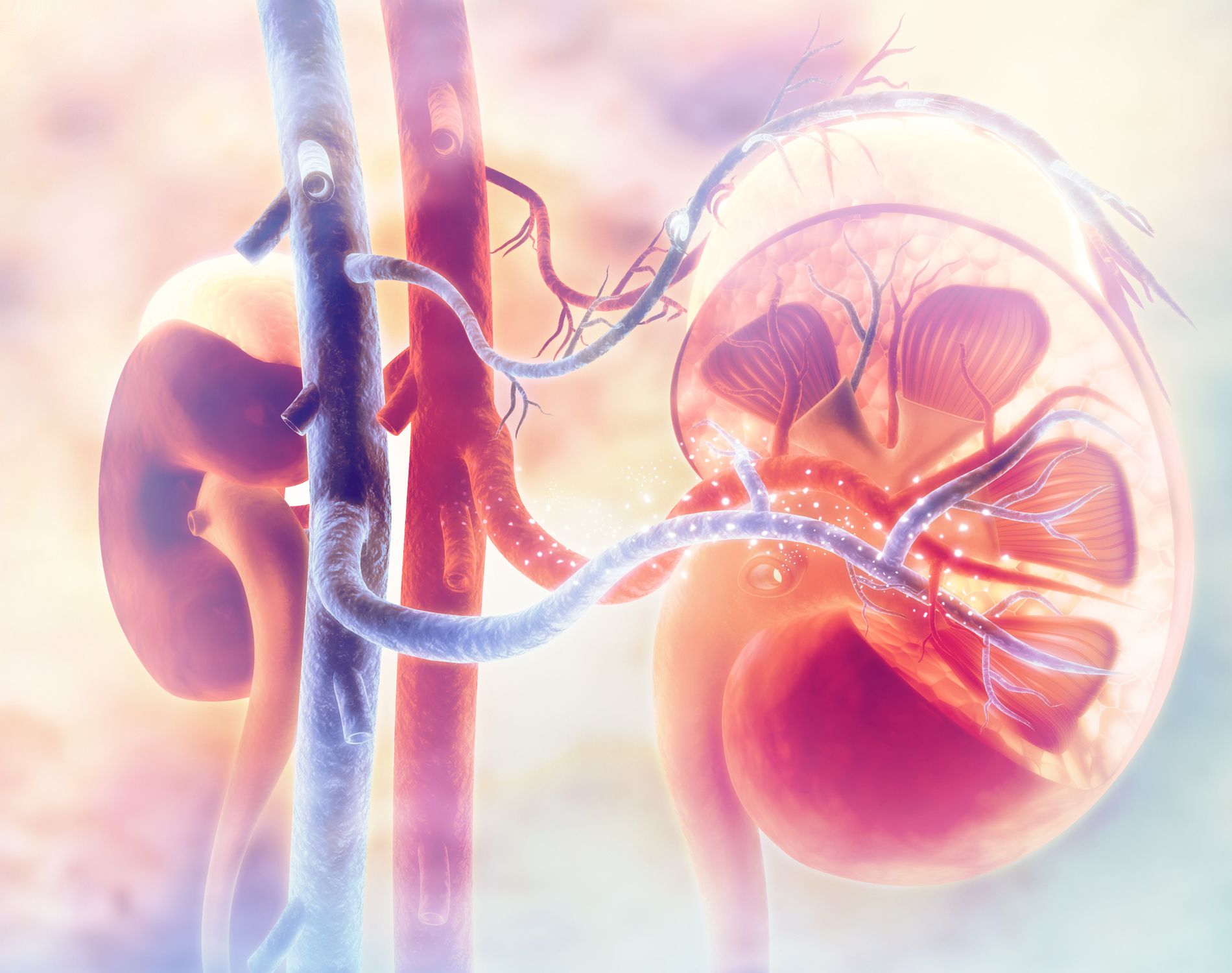 University of Alabama at Birmingham researchers have discovered a way to prevent kidney failure in multiple myeloma patients.

Paul Sanders, MD, a nephrologist at UAB found that kidney damage can be prevented by blocking a pathway activated in the kidney by light chain proteins produced by the myeloma cells.

The study was published in the Journal of Clinical Investigation. Essentially, free light chains that circulate have to be processed by the kidneys and can change kidney cell lining tissue biology.

These light chains are active proteins that can generate hydrogen peroxide - enough of it to activate a signaling pathway in a part of the kidney called the proximal tubule. Dr. Sanders said they identified a new intracellular signal mechanism called STAT1 (Signal transducer and activator of transcription 1) that was affected and caused inflammation. Says Sanders and colleagues:

“To the extent that the experiments reflect the human condition, the studies offered new insights into the pathogenesis of progressive kidney failure that develops in the setting of multiple myeloma, which features increased circulating levels of monoclonal immunoglobulin fragments that require metabolism by the kidney. Targeting this pathway may prove beneficial in limiting the production of the FLCs and preventing the kidney injury that occurs from these proteins.”

Almost half of all patients with multiple myeloma also have kidney damage and about 8% need dialysis. This is an important discovery that could prevent such damage.

Currently, UAB researchers are working on developing molecules to block the pathway by which the light chains travel, which will eliminate kidney damage in people with multiple myeloma. Clinical trials will also be needed to demonstrate efficacy.