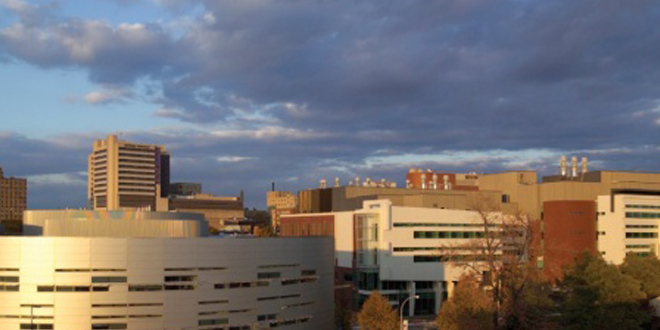 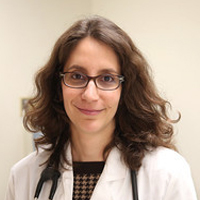 In a recent mPatient Myeloma interview, Dr. Sarah Holstein was interviewed and discussed a new immunotherapy the NCI listed as THE most promising product candidate among 12 immunotherapy drugs. The trial for this pharma-sponsored study is now open at Roswell Park Cancer Institute in Buffalo, New York and at Washington University in St. Louis, Missouri. It will open soon as well at the University of Minnesota Masonic Cancer Center. This drug, called ALT-803 is a drug based on Interleukin-15. Dr. Holstein explains how it works and what it does:

ALT-803 is a brand new drug which is based on Il-15. So IL-15 is a substance that our body makes and it’s part of our normal immune system and it helps to activate both our effector and memory T-cells and also our NK cells. And so this is thought to be one of the mechanisms by which the immune system is protective against cancer cells. And the idea is if we could really ramp up the activity of the IL-15, we could really increase the activity of our own immune cells to recognize and kill the myeloma cells. So what this company has done is they have modified this IL-15 and basically I refer to it sometimes as a super agonist so they’ve made this IL-15 more active than the normal IL-15 and they’ve done some things to also modify its half-life so that you can give it as a drug and it can stick around in your system for a while and actually do some good. So ALT-803 is a modified version of IL-15. The preclinical work that has been done with this drug, I think is extraordinarily exciting and that’s in part why I really wanted to see what it can do in our myeloma patient population.

The new drug appeared to work well in mice, killing over 90% of myeloma cells within four days with just a single dose. The results in mice were sustained as well.

And then when they took mice and gave them just two doses spaced a week apart, they found that more than 80% of the mice were still alive 190 days out as opposed to if the mice have been injected with the myeloma cells and didn’t get the drug, all the mice were dead by basically 28 days. So this is a very impressive result.

The most exciting part of the drug may be with mice who got a second dose of myeloma and their prior injection prevented the myeloma from growing as well, giving a lasting memory to prevent future growth.

I think the most impressive bit of pre-clinical data is the fact that they took the surviving mice who had gotten the drugs and who had lived and three months later, they reinjected the cancer cells but they didn’t give them any more drug. And just reinjecting the cancer cells alone, these mice, even though they didn’t have any more drug, were able to fight off the cancer cells and they were still alive after six months. And again, if you just take mice who had never gotten the drug and inject them with cells, they’d be essentially dead within about a month. So why this is so exciting is that it means that this drug has changed the immune system and essentially given the immune system a memory so that even in the absence of giving more drug, this immune system has now learned to recognize the myeloma cells as bad and to kill them. So we’re really, really excited to try to see if this drug is effective in patients with myeloma.

The study now open is a traditional Phase I/Phase II study. This is not the first in-human study for patients who have relapsed after transplant, but is the first in-myeloma study. The Phase I portion will be to determine the proper dose and the Phase II portion will be to treat additional patients once the dosage is determined. The study will look at the normal measurements including the response rate, and how long patients are living before progression, but will also look at how effective the drug is in changing the immune system to fight future myeloma cells. Anyone who has had at least two prior therapies can join the study. Many relapsed/refractory studies require patients to have 4-6 prior therapies, so this is an easy one to join with just a few prior therapies. Does it have known side effects? Dr. Holstein tells us the known side effects are minimal.

What we know is there is a bit of a reaction when you first get the drug. But that unlike some other drugs, so for example, IL-2 which is used in some other cancers. When you give it, the patients have fevers, they can drop their blood pressure, they can get very sick because the immune system gets so ramped up. The experience with ALT-803 so far is that it’s a much less severe reaction. They do, as part of their protocol, administer some pre-medications to kind of quiet down the immune system a little bit. But what I’ve been told so far is that it’s very tolerable and that once you get past the initial 24 hours, that patients are not really reporting side effects. But again, it’s still very, very early in clinical development at this point.

Dr. Holstein believes it has a promising future.

Again, since this drug is affecting the immune system, I think it’s going to have activity in not only myeloma but in other immune-based malignancies. Again, I think they are extraordinarily exciting preclinical (results). Whether it translates to humans, I will keep my fingers crossed. But I think it’s one of the few approaches that I’ve seen so far which might truly be changing our immune system and allowing long-lasting activity and it might potentially mean that we don’t need to keep re-dosing this drug which I think would be really exciting.

Find more information about this clinical trial on www.clinicaltrials.gov at this link.