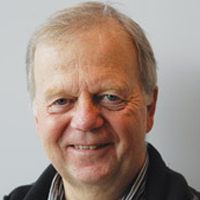 Our Next Show: The Ins and Outs of Daratumumab for Myeloma Patients with Dr. Torben Plesner @ 9 am Eastern, Wednesday, Sept 28

Wednesday, September 28, 6 am Pacific, 7 am Mountain, 8 am Central, 9 am EasternCall In by Phone to Listen Live: (347) 637-2631 or Listen Live Via ComputerNow that many patients are using monoclonal antibodies like daratumumab, how are they faring? What are researchers learning about its uses? Dr. Torben Plesner has been involved in the study and implementation of daratumumab in the clinic for many years. He will help patients understand how it is being used, in what combinations, and at what stage of disease. He will also address the concern that patients have about the monitoring of their disease while on a monoclonal antibody. Currently, the tests have a difficult time differentiating between the drug and myeloma cells, so some patients are being taken off the drug even when it is working. Janssen has a test in development that is able to separate the detection. Learn more about how this new drug is being used in the clinic in this key show.

Dr. Torben Plesner, MD is Professor and Head of the Department of Hematology at the Center Lillebaelt, Vejle  Hospital in Denmark. Dr. Plesner is founder of the Clinical Research Unit at the hospital and participates on the council, board, committee and networks for the European Hematology Association and the European Myeloma Network. He has helped evaluate research and early clinical trials for daratumumab since its inception. He is on the council and boards of both the American Society of Clinical Oncology (ASCO) and the American Society of Hematology (ASH).