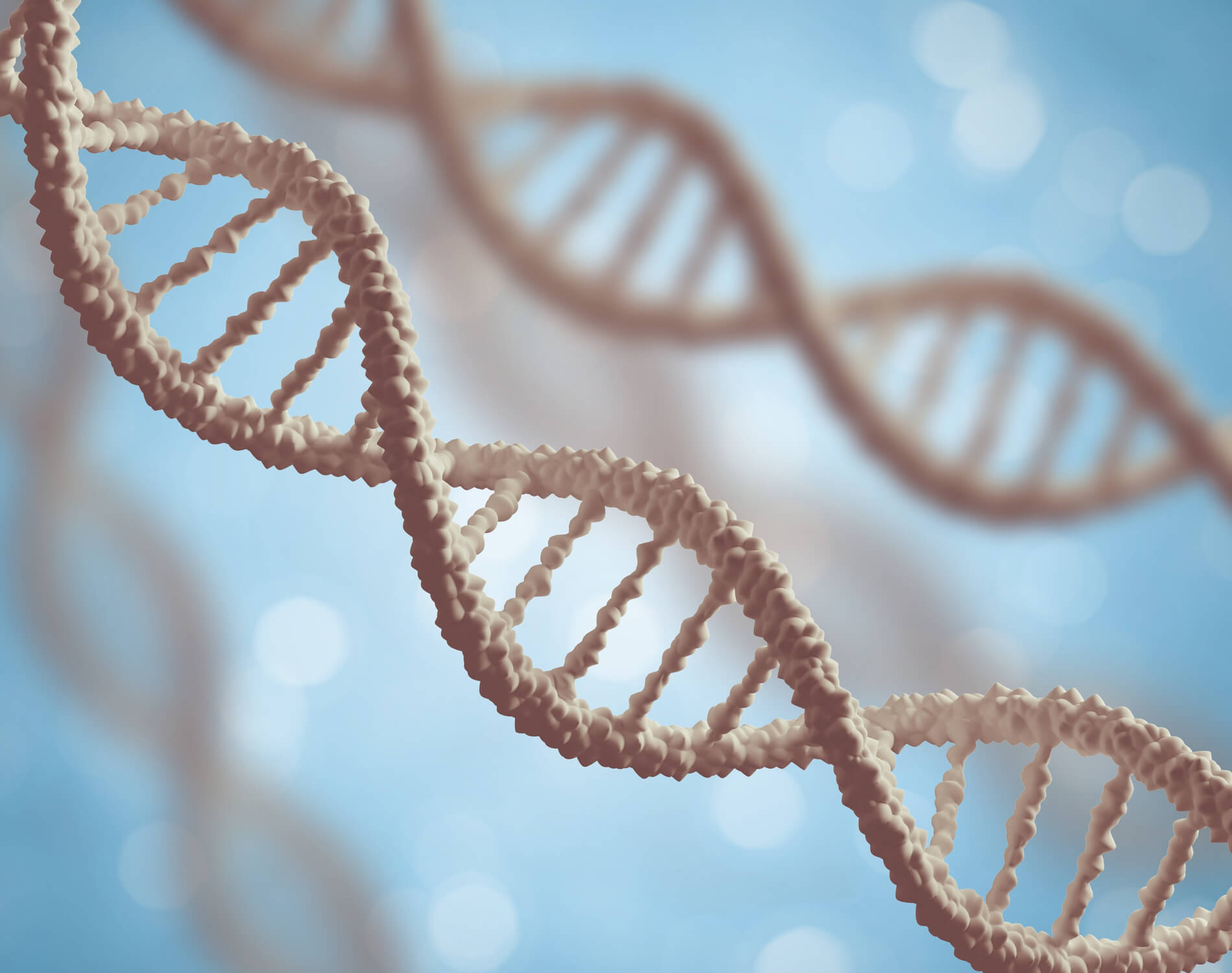 Only Your Genes Will Tell

Multiple Myeloma is a cancer of the plasma cells found in the bone marrow. We now know that Myeloma is not a single disease. Researchers have identified several molecular subtypes. During the last 15 years, numerous studies have pointed out the heterogeneity of both the phenotype and chromosomal abnormalities of multiple myeloma.1

Using Gene Expression Profiling of 414 newly diagnosed patients, Zhan et al. have proposed a molecular classification of multiple myeloma into 7 groups. Read on to discover how to determine to which molecular subgroup of multiple myeloma you belong and why it’s important to know that information.

One Size Fits All

Until recently there weren’t many treatment options available for individuals diagnosed with myeloma. Patients were prescribed the treatment that showed the best efficacy when tested in the general myeloma population.  Most trials in the past did not separate the myeloma population into molecular subtypes. In the last decade many new myeloma drugs came to market.  The challenge that we now have is how to choose the right drug or combination of drugs, to be given at the right time, in the right amounts with an acceptable side effect profile. The age of precision medicine is upon us and we must embrace it so we can achieve the best possible outcome.

We need to learn about “our myeloma” and share our data about how our subgroup of myeloma responded to various treatments with others.  We need to know more than I am IgG Kappa or IgA Lambda.  We need to know about the genetics of our disease. We need to learn our molecular signature and how it changes over time. Once we learn what’s driving our disease our doctors can begin to search for appropriate therapies that will be aimed at disabling those specific driver mutations.

There are several types of genetic testing available to the myeloma patient.  Some are common and used at all clinics and others are more specialized and used at progressive myeloma centers.  I am by no means an expert in genetic testing, but I am going to attempt to describe the different genetic tests available.

Bone marrow cells are taken at the time of a bone marrow biopsy aspiration for conventional cytogenetic analysis. These cells are grown in a culture, stained and then analyzed for chromosomal abnormalities such as deletions or translocations.  Only cells that are actively dividing are examined (metaphase).  Twenty cells are typically reviewed.
According to Dr. Voorhees of the University of North Carolina,

To me this means that conventional cytogenetics also referred to as karyotyping leads to a lot of room for error. Cytogenetic only offers clinically significant information in a fraction of patients.

iFISH testing is currently the standard of care in myeloma genetic testing.  There is a myeloma FISH panel. Interphase FISH analysis is not intended to stand alone, but rather to provide supplemental information to routine cytogenetic studies.
FISH studies are also performed on bone marrow aspirates.  In the lab the pathologist attaches a florescent probe to specific markers for gene changes. The probe attaches to a specific piece of DNA from your biopsy. The pathologist shines an ultraviolet light on the cells. Under the microscope the gene that matches the probe shows up as a bright glowing area. Compared to standard cytogenetic testing, one advantage of FISH is that it can identify genetic changes that are too small to be seen under a microscope. Another advantage is that FISH doesn't have to be performed on cells that are actively dividing. A disadvantage of FISH panel testing is it only shows abnormalities in the genes that are probed. You only get results if you run the right probe, if you have a unique mutation it might not be picked up by this panel. FISH testing becomes costly and time consuming as increased numbers of probes are utilized.

At a recent meeting of the International Myeloma Working Group (IMWG) in Copenhagen, Denmark, Dr. Gareth Morgan said, “FISH Testing for myeloma is as dead as VAD treatment.”  What’s VAD treatment you ask?  VAD was the standard of care of treating myeloma before the newer novel agents were approved.  Now it is hardly ever used. The standard of care for genetic testing in myeloma at present is iFISH testing.  Dr. Morgan is suggesting that the FISH is now belly-up and newer, better options are available. He said at that same meeting, “It’s time to abandon iFISH technology and utilize a consensus next generation sequencing panel that gives all the relevant information that is applied routinely in clinic.” The task now before the IMWG is to develop that agreed upon NGS gene mutation panel.

When I reached out to Dr. Morgan to seek his pearls of wisdom on genetic testing he said that patients should be asking for GEP testing.  Gene expression profiling is the measurement of the activity (the expression) of many genes at once.  An example of a very popular GEP test which was developed by researchers at the University of Arkansas for Medical Sciences (UAMS) was called MyPRS (Myeloma Prognostic Risk Signature) and was originally licensed to Signal Genetics but has since been sold to Quest Diagnostics.  Quest has not made the test available for the last year and a half as they go through regulatory approvals. Quest is likely to have the test available in the clinic in the next 6 months.

Another company called Skyline DX also provides a clinically available gene expression profile test called Sky92. When communicating with a representative from UAMS I learned that the GEP informs of the different myeloma subgroups.  UAMS has been able to identify and predict which treatment strategies would be the most effective for the different subgroups based on the large repository of research samples to which they have access. These GEP tests are also done on a bone marrow aspirate.

A goal of the International Myeloma Working Group is to develop a gene panel that is a consensus among its members that would become standard of care for genetic testing using GEP.

In my communication with MIRT, the Myeloma Institute, at UAMS Dr. Morgan also suggested that patients should ask whether next generation sequencing and mutation analyses are available as well. He said that these advanced diagnostic tests reveal information at the molecular level about genetic patterns and mutations that enables us to design individualized treatment approaches for each patient. It also enables us to design methods for normalizing cell biology that has gone astray and develop regimes based on altering the cell’s behavior to prevent treatment resistance and relapse

NGS is a technique used to determine the precise order of nucleotides within a DNA molecule. Older techniques of sequencing DNA were more time consuming and less accurate than NGS techniques for sequencing DNA. Increasing speed and accuracy in sequencing DNA resulted in reduction in manpower and cost. NGS has significantly decreased in price and now has a much quicker turnaround time since the first genome was sequenced in 2003.

Myeloma mutation panels are targeted panels that contain the most frequently mutated genes and a selection of clinically relevant genes. In a mutation panel only these specific genes are sequenced not the entire genome. Your entire genome does not need to be sequenced in order to provide useful data for precision medicine. Using a specific mutation panel instead of sequencing the entire genome or exome further brings down the cost and turnaround time for this type of genetic test. FoundationOne Heme is an example of clinical grade NGS targeted panel that is currently available.  There are other NGS Heme panels.  In time it is my hope that there will be a mutually agreed upon panel of genes to sequence that becomes the new standard of care for genetic testing in myeloma. I also hope that this panel will be updated as new information about myeloma genetics becomes available.

It is imperative that you know the genetic signature of your myeloma. Request to have GEP or NGS testing done when your next bone marrow biopsy is scheduled. Once you have that information sharing your data about how your specific subtype responded to treatment will help to accelerate a cure for myeloma. It is also important that you consider entering appropriate clinical trials that will test therapies based on genetic features. Once critical mass is obtained data scientists using super computers like IBM’s Watson will be able to quickly analyzing these sets of Big Data which may help determine which treatment path is best for you.