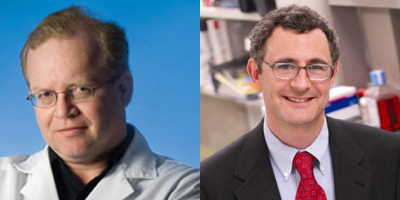 Our Next MCRI Show: Expanding the power of the measles vaccine in multiple myeloma with Dr. Frits van Rhee and Dr. Stephen Russell, Friday, May 29 @ 11 am CST

Call In by Phone to Listen Live: (347) 637-2631 or Listen Live Via Computer The powerful measles vaccine made a media splash with its response in multiple myeloma patient Stacy Erholtz. Further Phase II studies are now planned to take things a step further. Dr. Frits van Rhee, MD, PhD of UAMS and Dr. Stephen Russell, MD, PhD of the Mayo Clinic will share their work to overcome barriers to enable the vaccine to work in a larger number of high-risk and relapsed/refractory multiple myeloma patients.  Dr. van Rhee is a professor of Medicine and Director of Clinical Research with the Myeloma Institute for Research and Therapy at the University of Arkansas for Medical Sciences. He earned his MD at Erasmus University of Rotterdam in the Netherlands and his Ph.D. at the University of London. He was a Fellow in Hematology and a Research Fellow at the Hammersmith Hospital & Royal Postgraduate Medical School in London. He was also a Registrar Fellow in Hematology at John Radcliffe University Hospital at Oxford and at the University Hospital in Nottingham. Dr. van Rhee’s research focus is on immunotherapy. He leads the Developmental Therapeutics Project in the Myeloma Institute’s PO1 grant called “Growth Control in Multiple Myeloma” from the National Cancer Institute. He’s a member of the International Society for Experimental Hematology, International Society for Cellular Therapy, and the European Group for Bone and Marrow Transplantation. He’s on the Editorial Board for Annals of Hematology, Bone Marrow Transplantation and Cytotherapy and he reviews for many journals including Blood, Clinical Cancer Research and the British Journal of Hematology and many others. Dr. Stephen Russell is a board-certified hematologist and world leader in the field of gene and virus therapy. He graduated from Edinburgh University Medical School in England having decided as medical undergraduate that he would spend his life attempting to convert viruses into powerful anti-cancer drugs. Dr. Russell moved from Cambridge to the Mayo Clinic in Rochester in 1998 to build and direct a new Molecular Medicine Program focused on the development and clinical testing of new, genetically-based therapeutics. He is a professor of Medicine with the distinction of a named professorship, the Richard O. Jacobson Professorship in Molecular Medicine. He serves as an associate medical director for the Department of Development at Mayo Clinic, Associate Director for Translational Research in the Cancer Center, and Deputy Director for Translation, Center for Regenerative Medicine in the Mayo Clinic as well. He was one of the founding board members of the European Society of Gene Therapy and a member of the board of the American Society of Cell and Gene Therapy. He serves on the editorial board with several scientific journals including Human Gene Therapy, Gene Therapy, Cancer Gene Therapy, the Journal of Gene Medicine, and the Journal of Molecular Medicine. He is also the co-author of more than 275 peer reviewed scientific publications.