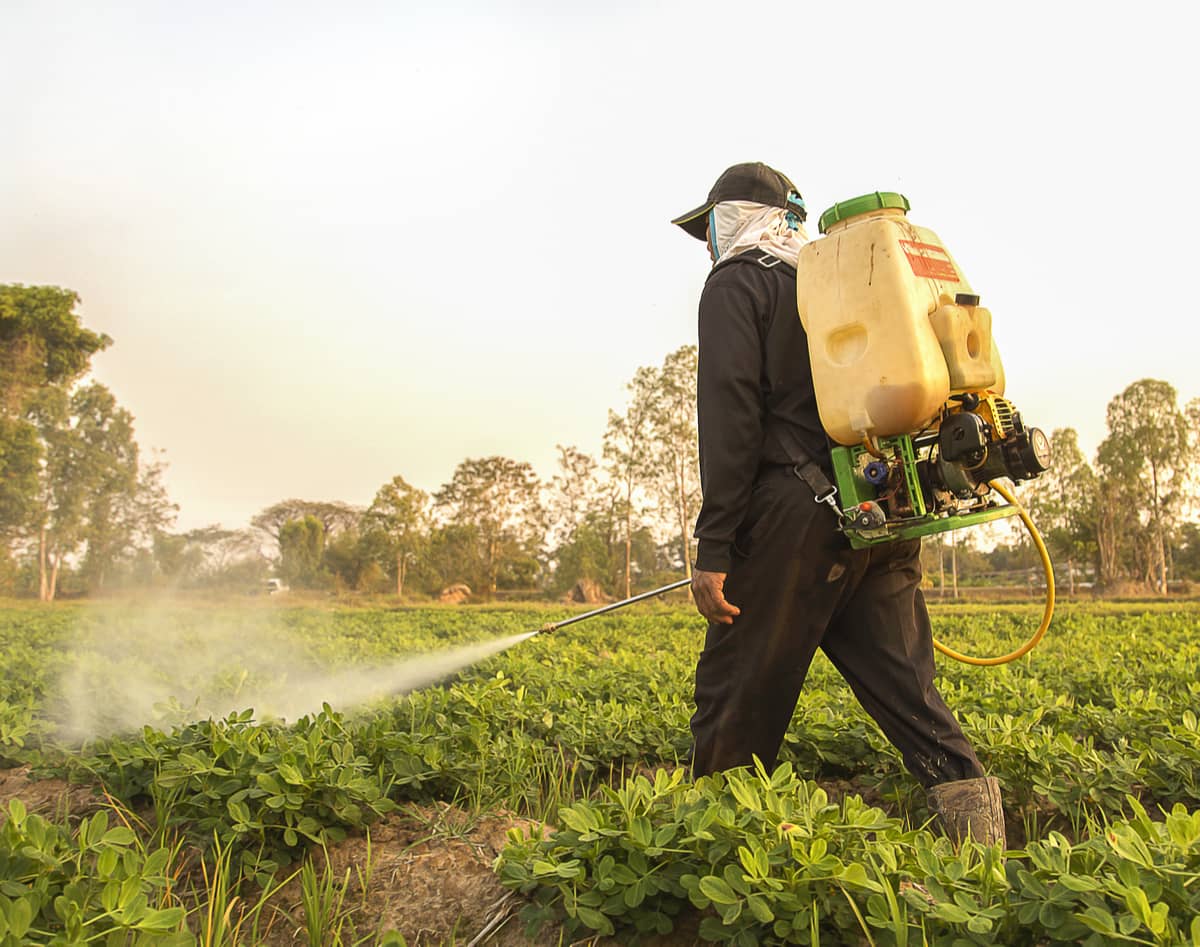 A recent study of male farmers shows that the use of certain types of pesticides are associated with the precursor condition of multiple myeloma called monoclonal gammopathy of undetermined significance (MGUS). It is the largest study to analyze MGUS in farmers and the first to identify an association with MGUS for permethrin, a pyrethroid insecticide previously associated with multiple myeloma. Permethrin is used regularly in residential and commercial settings (insect and mosquito repellent, lice and mite treatment, lawn and garden care), so the findings might have more broad application to the general population.

We know from prior National Institutes of Health studies that there are links between pesticide exposure and cancer including blood cancers and multiple myeloma as well as neurodegenerative diseases:

The review by Alavanja et al. (2004) summarized studies examining the link between pesticide exposure and cancer. Non-Hodgkin lymphoma (NHL) has been one of the most extensively studied cancers, with more than 30 studies in the scientific literature. Associations between NHL and exposures to phenoxyacetic acid, organochlorine, and organophosphate compounds have been reported. Leukemia has also been studied extensively, again with more than 30 studies showing associations with insecticide and herbicide use. Similar associations have been shown with prostate cancer, multiple myeloma, and soft tissues sarcomas. There is less supportive literature of an association between pesticides and other types of cancer, although there is some literature of an association between chlorinated compounds and breast and testicular cancer and Hodgkin disease.

The NIH partnered with Memorial Sloan Kettering Cancer Center to perform this Agricultural Health Study (AHS). Data was collected from 1,638 male farmers over the age of 50 in Iowa and North Carolina between 2010–2017. The odds ratios were associated with MGUS for both recent use (within a year) and cumulative lifetime use of specific pesticides.

With similar age groups, MGUS was more frequently found in the AHS farmers (7.7%) compared with similar men in other studies including an National Health and Nutrition Examination Survey (2.8%) and one of the original MGUS studies in Olmsted County, Minnesota (3.8%).

Recent use of permethrin was associated with MGUS with recent use vs. no recent use, especially amount those who had also used it in the past. The study analyzed many different types of pesticides including organochlorine insecticides, organophosphate insecticides, carbamate insecticides, pyrethroid insecticides (i.e. permetherin), herbicides (including glyphosate and those that include petroleum/oils), and fungicides.

High intensity weighted lifetime use of the organochlorine insecticides aldrin and dieldrin was associated with MGUS compared to never used either of the pesticides. The herbicides containing petroleum/oils (used primarily in the 1980s) had higher rates of MGUS, but during this time the herbicides also contained benzene, so the data is unclear. Fonofos, an organophosphate insecticide was not associated with myeloma or other lymphoid malignancies.

The authors conclude with findings that are important for the general population and not just myeloma patients:

Our findings provide important insights regarding exposures to specific pesticides that may contribute to the excess of multiple myeloma among farmers. The magnitude of exposure to these pesticides in our study population is likely to be substantially higher than in the general population, and whether exposures at lower levels may influence risk of MM or its precursor remains unknown. However, given the continued widespread residential and other use of permethrin and environmental exposure to organochlorine insecticides (including aldrin, dieldrin, and lindane) due to legacy contamination and continued use in some countries, associations with these pesticides (even if more modest than those observed in our study) could have important public health implications for exposed individuals in the general population.