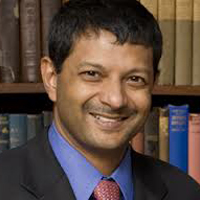 Learn about all myeloma happenings on the new Myeloma Crowd site: the first comprehensive site for myeloma patients and caregivers. Dr. Vincent Rajkumar, MD Mayo Clinic Rochester Interview Date: May 2, 2014 Summary How does race and obesity affect the occurrence of MGUS and multiple myeloma? Dr. Rajkumar describes findings on the two to three times increase in myeloma in blacks over whites and his observations that obesity provides a twofold risk factor. He shares the similarities in the African-American and Ghana populations, showing that the incidence is more likely to be genetic rather environmental or socioeconomic reasons. He also discusses how the Hispanic and Japanese (even those exposed to the atomic bomb) had lower incidence of MGUS and myeloma, most likely to be genetic reasons as well. Although there is greater incidence of MGUS and myeloma in the black population, the silver lining may be that the type of myeloma usually found in this group is a less aggressive form and that certain treatments (iMiD-based therapy and transplant) tend to work better for this population. He shares that the precursor MGUS is more prevalent in the obese population, so it is not just a sugar-cancer paradigm. Although there is no determined cause yet identified to link obesity with myeloma, he describes how cytokines like IL-6 or IGF-1 may be higher or hormone level shifts may account for the incidence. He tells us that other genetic factors (like translocations) are more important factors for disease progression than obesity itself. He tells us that those with other states of chronic inflammation, like rheumatoid arthritis, also show higher incidences of myeloma. The live mPatient Myeloma Radio podcast with Dr. Rajkumar