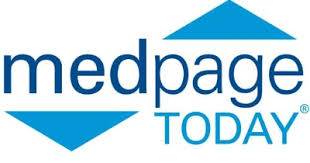 Recent Improvement In Myeloma Outcomes Likely To Continue, According to MedPage Today

BY LIZZY SMITH Last week, I had my two-year post auto stem cell transplant oncology visit. I hate getting restaged, I mean who does? Bone marrow biopsy (ouch!), 24-hour urine collection (gross), and labs. I wasn't nervous at all for the doctor visit. I've been on a two-year maintenance plan of Velcade-Dex (weekly), and Thalidomide (daily) and I've felt as normal as I ever can. Therefore, I didn't think that much has changed for me. And then I went into my exam room and waited for my doctor. At that moment, I wanted to puke, I was so nervous. Dr. A came in and it was great news-- stringent complete remission. I wanted to jump up and dance. Before the visit, I knew it in my heart and gut, but actually hearing it is always exciting. And then, better yet, Dr. A said beautiful words: "I don't want you to be nervous. There are so many new drugs and therapies in myeloma. You'll be fine." (I'm paraphrasing and summarizing a much longer discussion.) While I'm not about ready to get lazy and overly confident (I will never cease being terrified of cancer's evil and horrible power), I am relieved and feeling rather... good. And so it is that today I read this article in There%20has been dramatic improvement in the overall life MedPage Today, which I think does a great job of describing some of the more promising therapies that are rather far along in the approval process. I learned a lot by reading, I think you will, too. More hope? I think yes.

Therapy for Myeloma Continues to Expand

NEW YORK -- Recent improvement in myeloma outcomes will likely continue into the foreseeable future, as new classes of agents become available, including immunotherapy, according to a review of therapeutic progress. However, considerable room for improvement remains, particularly in terms of boosting long-term survival, said Sundar Jagannath, MD, of Mount Sinai Medical Center in New York City, at the Chemotherapy Foundation Symposium. "There has been dramatic improvement in the overall life expectancy of patients with myeloma, but if you look at the [SEER] data, we still haven't reached 50% survival at 5 years," Jagannath stated. "At individual institutions where young, fit adults participate in clinical trials and are able to go through stem-cell transplantation, the median life expectancy has been increased to 7 years or longer." Despite the progress, myeloma remains a challenge because of a complex biology that has, to some extent, frustrated therapeutic development. Patients may have multiple clones at diagnosis and different clones emerge over time and are influenced by the treatment a patient receives, Jagannath said. The existence of multiple clones at diagnosis means that combination therapy will work better than a single agent will. The absence of a clear molecular target has prevented development of effective targeted therapy, and every patient's disease eventually becomes refractory to all available agents. "Myeloma is considered a treatable cancer, but not necessarily a curable cancer," he said. The theoretical optimal targeted therapy for myeloma is a clinically and biologically tall order. The agent should increase the rate of complete response and progression-free survival (PFS). Given that more than half of myeloma patients are older than 70, the agent should be well tolerated, not only for older patients but for patients with renal impairment or cytopenia. An optimal targeted therapy should demonstrate value across different lines of therapy and exhibit "genome neutrality," maintaining effectiveness regardless of genetic profile or mutations, Jagannath continued. Several drugs are nearing an FDA marketing decision. They include the monoclonal antibodies elotuzumab and daratumumab, the proteasome inhibitor ixazomib, and the histone deacetylase (HDAC) inhibitor panobinostat, although an FDA advisory panel recently voted not to recommend the HDAC inhibitor. Daratumumab, an anti-CD38 antibody, offers the best current hope for a targeted therapy for myeloma, Jagannath said. From 80% to 100% of myeloma cells have the CD38 receptor. A recent clinical trial showed high, dose-dependent response to daratumumab in a cohort of patients with heavily treated relapsed/refractory myeloma. An anti-CD38 antibody represents a natural option for combination with an immunomodulating agent. In another recent clinical study, the combination of daratumumab with lenalidomide (Revlimid) led to objective responses in 15 of 20 patients, including nine complete responses/very good partial responses. "This is impressive, showing that the monoclonal antibody could be combined with currently available agents and could definitely improve the outcome," Jagannath said. In an earlier stage of development, the CD38 monoclonal antibody SAR650984 also has shown encouraging activity, including evidence of enhanced activity when combined with lenalidomide, he added. Elotuzumab targets SLAMF7, which is highly expressed in myeloma and natural killer cells. Elotuzumab by itself demonstrated modest activity in early studies, but when combined with lenalidomide, showed dramatically higher activity in a cohort of patients with relapsed/refractory myeloma. "More important, the duration of disease control practically doubled. The progression-free survival is dramatically improved," Jagannath said. Multiple immunotherapeutic strategies are being evaluated for multiple myeloma, including the anti-PD-1 and anti-PD-L1 checkpoint inhibitors, chimeric antigen receptor T cells, and several types of therapies designed to activate the innate immune system. Because the agents are likely to be genome neutral, they hold considerable promise for treatment of high-risk-genetics myeloma, he explained. The introduction of histone deacetylase (HDAC) inhibitors into the treatment spectrum has created considerable excitement, because of its therapeutic potential and its status as a different therapeutic class. In a study reported at the 2014 American Society of Clinical Oncology meeting, panobinostat improved PFS, and the improvement was consistent across a wide range of subgroups. The impact of the recent FDA advisory panel decision will remain unclear until the agency announces its decision. Current therapeutic development in myeloma encompasses multiple targets, Jagannath said. They include inhibitors of kinase spindle protein (KSP), AKT (or protein kinase B), cyclin-dependent kinase (CDK), nuclear transport (KPT), phosphoinositide-3 kinase (PI3K), Bruton's tyrosine kinase (BTK), and B-cell lymphoma 2 (BCL2). "Progress is being made in the treatment of myeloma," Jagannath said. "Antibodies are likely to play an important role. Immunotherapy may be a key for refractory myeloma with high-risk genetics. "New classes of drugs, like HDAC inhibitors, KSP inhibitors, CDK inhibitors, AKT inhibitors, and MAPK inhibitors may all play an important role in the management of selective cases of myeloma," he continued. "How to use them effectively is the challenge. This is where I think personalized medicine, with the help of genomics and proteomics, will play an important role, so we can decide which drug should be used at what time for a patient." For the full article in Med Page Today, click here or visit www.medpagetoday.com.