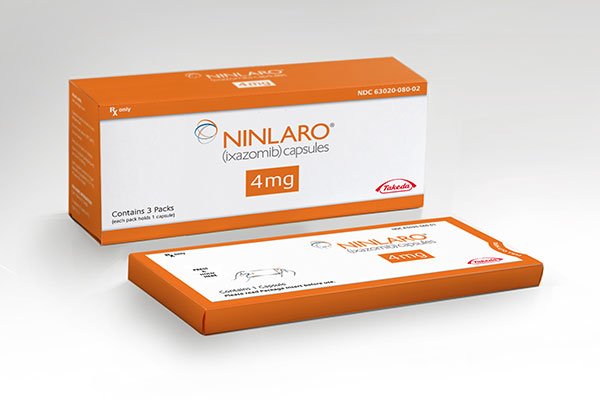 Relapsed/Refractory Myeloma Patients Benefit From Adding Ixazomib To The Mix

The addition of Ninlaro (ixazomib) to treatment combos is improving outcomes for relapsed/refractory myeloma patients, says a study published in the April 28 New England Journal of Medicine. When added to lenalidomide and dexamethasone, it significantly improved progression free survival.

"The addition of ixazomib to a regimen of lenalidomide and dexamethasone was associated with significantly longer progression-free survival; the additional toxic effects with all-oral regimen were limited," the authors write.

Several authors disclosed financial ties to pharmaceutical companies, including Millennium, a subsidiary of Takeda, which manufactures ixazomib and funded the study.