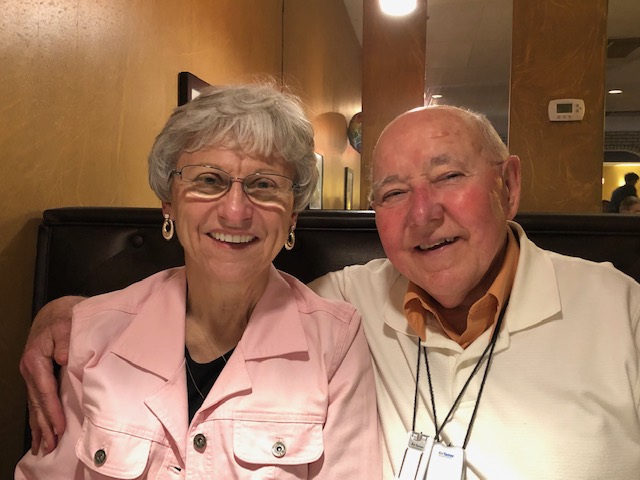 On April 13, 2016, I went out to play my first round of golf for the year with the three other members of our foursome. Taking a swing on the first tee with my driver, before I hit the ball (or the ground), MY ARM BROKE. It was later in the day that I got the news that I had Multiple Myeloma. Surgery placed an 11-inch rod in my arm between my elbow and my shoulder. I wasn’t able to play golf the rest of that year, but I have played every year since then.

The 5 1/2 years since I was diagnosed with Multiple Myeloma have literally flown by for both me and my wife. I think the main reason for this is we have both been focused on doing everything to beat this disease while keeping a positive attitude about the things we are able to enjoy while doing everything possible to capture and eliminate the cancer. A positive attitude is, I believe, the best medicine in the world.

I will never forget the day two years ago when my oncologist announced “You’re in remission!!” Just do all the things your physicians tell you to do and keep a Positive Mental Attitude about your life and you will also someday be thrilled to hear “Congratulations!! You’re in Remission!!