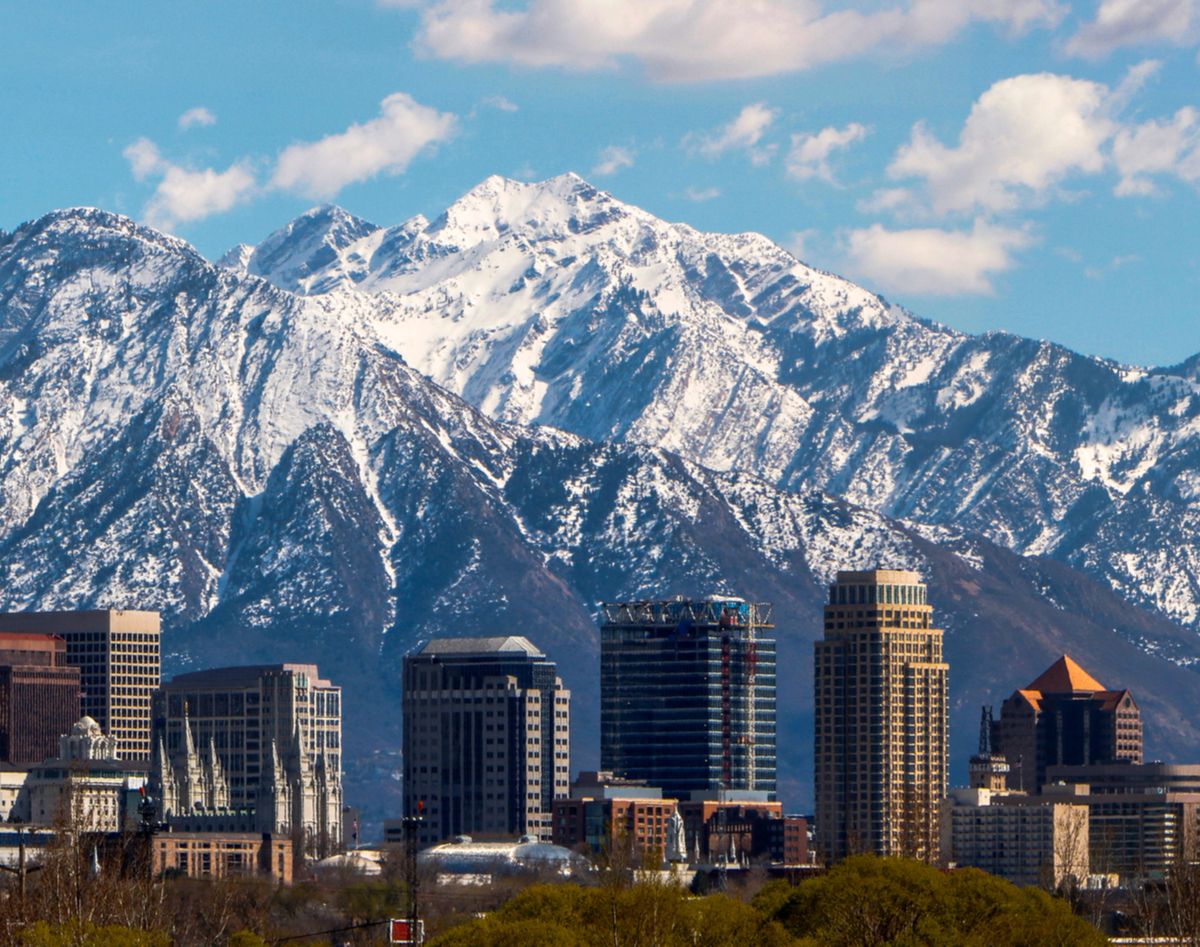 This article was published in the Spring 2019 edition of Silicon Slopes Magazine.

What are some of the hardest things you can do in life? Raise children. Run a company. Run a non-profit. Fight cancer.

None of these are easy in the slightest. But now imagine doing all of them — at the same time.

In 2010, Jenny Ahlstrom was happily doing the first when the journey that led her to the latter three began. Her family had just moved to Mexico a year earlier and her six children, ages ranging from two to fourteen, were just beginning to get comfortable in their new home and new schools.

That summer, the Ahlstroms were on vacation in Montana and Jenny visited a doctor in Bozeman for some kidney issues. The results of a pelvic scan came back.

“I was driving in Salt Lake when the Montana doctor called me,” Jenny said. “He told me, ‘Your kidneys look fine. But the bones in your spine and pelvis are full of holes. You probably have cancer. You need to get checked immediately.’” She did, and the diagnosis came in as multiple myeloma.

“When you’re diagnosed with a terminal disease, there are different ways of reacting to it. Some people go into denial. Some get angry. Some try to just get by and hold on. And some decide to do something to contribute,” Jenny explained. “We were in that last category. My husband Paul has been an entrepreneur and investor for decades. I had worked for IBM as a systems engineer and grew up in Silicon Valley surrounded by innovation. So we decided to treat my cancer like a startup.”

Treating cancer like a startup meant learning the market, developing a customer-first mentality, and testing the idea. Over the next decade, Jenny and Paul spoke to every category of healthcare stakeholder. They visited tech companies, pharma companies, blood cancer researchers, doctors, specialists, and healthcare administrators to understand the landscape of multiple myeloma treatments. But it wasn’t until the two of them shifted focus from searching for a business model to asking what would cure Jenny and other patients that it all came together: the patient had to come first.

It was this patient-first mentality that led to the creation of HealthTree, the software tool created and launched by Jenny’s non-profit MyelomaCrowd. The tool helps multiple myeloma patients find best-fit treatments and accelerate research towards a cure using the power of crowdsourced patient data.

“The problem that HealthTree solves is an institutional problem. Everyone — from hospitals, tech companies, and pharma — wants patient data,” Jenny said. “But each have their own data silos, HIPAA restrictions, regulatory concerns, and liability issues. Through trial and error, we discovered the key to the puzzle: patients have the freedom to aggregate their own data and freely share it to drive new research.”

In October 2018, Jenny and her HealthTree team created a video to share the idea of the open data platform on the internet.

“Within four weeks of launching the video, more than 2,500 patients had signed up for HealthTree, which represents 2.5% of the 100,000 living myeloma patients in the US,” Jenny said. “And over 3.5 million people had watched the video in total, asking us to bring this idea to more than fifty other deadly diseases.”

Today, any multiple myeloma patient can use HealthTree to see how a myeloma expert would treat their disease (with results personalized to their situation) or easily find clinical trials they’re eligible to join. The goal of the tool is to arm patients with the knowledge they need to have an intelligent conversation with their doctor.

The impact and future of HealthTree

In addition to a strong patient user base, HealthTree is working with institutions like the Mayo Clinic in Scottsdale and hoping to expand so they can support each hospital to track the outcomes of their patients. They’ve also received $600,000 in funding (so far) and have a matching grant in place for an additional $500,000.

More than anything, Jenny’s patient-focused mentality means staying centered on the difference HealthTree makes for individuals.

“A woman recently called me from a city outside of Waco, Texas. She was alone and had no family members to help with her diagnosis,” said Jenny. “Because she saw our video and recognized similarities to her situation, we were able to get her using the tool and connect her with a myeloma specialist. That likely gave her years more life with a single phone call.”

HealthTree also has a strong list of new features and initiatives in the works. Jenny’s team is building a portal that allows doctors and myeloma researchers to see their patients’ HealthTree profiles. The same portal will also allow specialists to run reports on the de-identified data.

On the patient side, HealthTree users will soon be able to find and connect with their “twins” — patients who are on the same therapies, have the same side effects, or have the same myeloma genetics. They’ll also have the ability to see anonymous data reports, such as patient outcomes by treatment protocol — a critical step to identifying the “best” treatment options.

“Patients have superpowers. If we decide to get involved in healthcare, we can help accelerate faster cures for our own diseases,” Jenny said. “If we wait for the standard process — with stakeholders who are brilliant and have good intentions but are locked in a slow and restrictive system — it will take more time than we have. We don’t have the luxury of waiting another thirty years for a cure. Half of myeloma patients are dead after five years. And I didn’t want to live five to ten more years — I wanted to live five more decades.”

Share www.healthtree.org with anyone you know who’s been diagnosed with multiple myeloma. You can also donate to HealthTree at www.give.crowdcare.org/healthtree and help them achieve their goal of $500,000 in order to receive a matching grant.