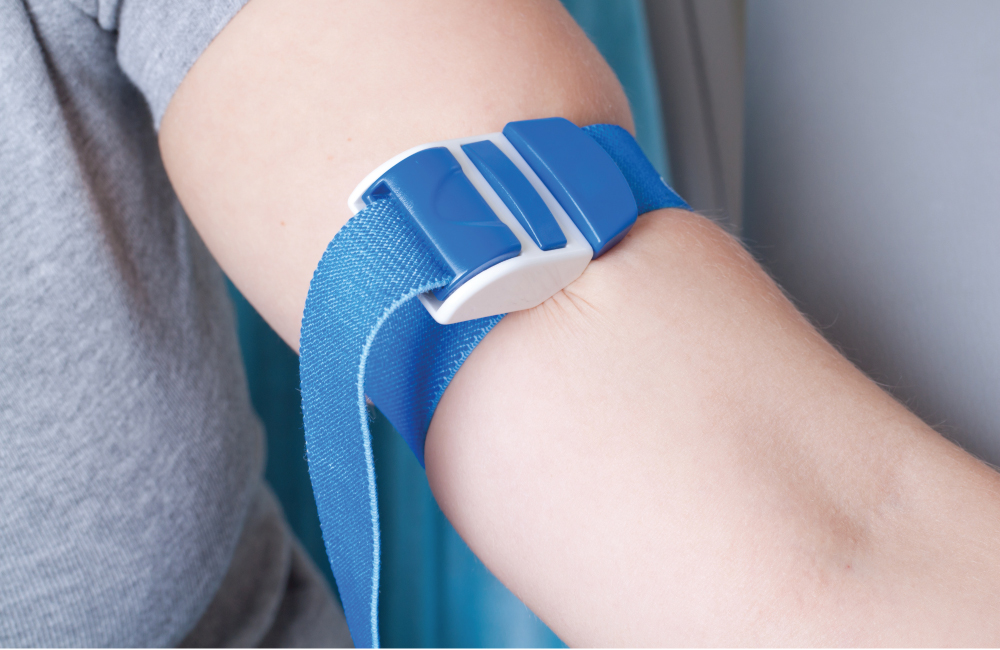 BY PAUL KLEUTGHEN Hate myeloma bone marrow biopsies? You're not alone. Soon, the happy day may come where we don't need them. A new article in the journal Science Translational Medicine describes a new testing method where single cells of peripheral blood can be analyzed for a myeloma diagnosis and genetic subtyping without the need to do a bone marrow biopsy. For myeloma patients, this is a significant breakthrough that makes initial diagnosis, monitoring of disease progression and analysis at relapse less painful and “annoying” (though I can readily think of some other words that would more accurately reflect my sentiments about BM biopsies). The scientific work was done by the Broad Institute, a collaborative undertaking between MIT and Harvard Medical School. Researchers are looking for ways of doing repeat testing during the myeloma process in a far less painful way.

“Because of the invasiveness, time, and effort, bone marrow biopsies are only done at a few time points,” said Jens Lohr, a researcher at the Broad Institute of MIT and Harvard and an oncologist and investigator at the Dana-Farber Cancer Institute. “To capture the missing windows of time that are so important in the disease, we’d ideally have a test that gives us rich information about the genomic and functional state of tumor cells from a simple blood draw, which is done frequently during cancer care.”

To replace the biopsy with a simple blood test, Dr. Jens Lohr, Cancer Program director Todd Golub, and Noopur Raje of Massachusetts General Hospital (MGH) Cancer Center devised a method to analyze the genomic features of single circulating myeloma cells isolated from peripheral blood. According to the announcement, the team's approach produces genomic information "on par with, and in some cases better than, data from a bone marrow biopsy." Their study was done first on single isolated myeloma cells from the blood of 24 patients. The researchers obtained 12 cancer cells from each study participant, then they performed DNA sequencing on 35 genes known to be mutated in myeloma and compared the results to sequencing from bone marrow biopsy samples (the current test). The Broad results uncovered the same DNA mutations. Additionally, the single-cell approach provided data when the bone marrow samples couldn't provide sufficient myeloma DNA to be tested. Some patients actually had more mutations than were detected in the bone marrow. The results suggest that the blood test may be more sensitive and also suggests that circulating tumor cells could more accurately reflect a myeloma patient's kind of tumor. The test may help patients with precursor conditions such as MGUS and smoldering myeloma obtain testing that is typically not performed. These patients could have cancer causing oncogenes that would make them more likely to progress to multiple myeloma. With a blood test, MGUS patients could be easily tracked. While the test is not yet ready for prime time in the clinic, the study of circulating tumor cells could shed light on why myeloma is so tough to cure. We may have to wait a little bit before this lab method becomes further validated and fine-tuned in larger patient populations before it will be broadly used in the management of our disease. This does give us something else to look forward to that will make our lives a bit easier in the not too distant future and that will also give our physicians an easier method to monitor and treat our disease. Good news on all fronts ! To read the full press release, click here.