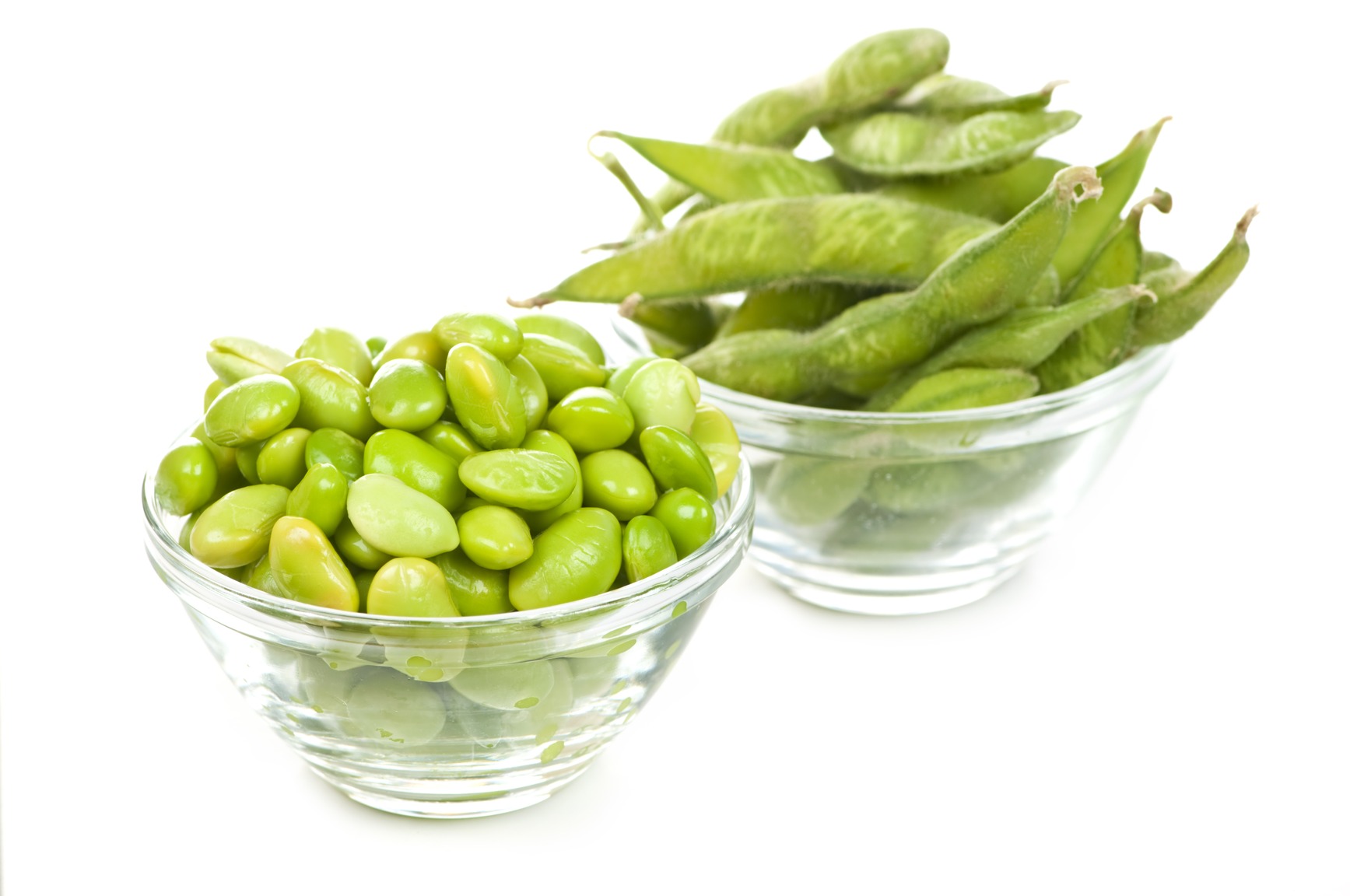 Soy Foods and Cancer Risk. Should You or Shouldn't You?

Throughout this Nutrients for Immune Function blog series, my goal has been to inform you about nutrition choices you can make to thrive after cancer. For me, nutrition to thrive after cancer means foods that contain nutrients that can help to boost the immune system or foods that contain nutrients that can attack cancer cells. However, sometimes this useful, action-oriented information is buried within complicated scientific research studies or the available information is contradictory! This is why I have been studying the information provided in a presentation National Cancer Institute (NCI), called Cancer Prevention Through Immunomodulation: Does Diet Play a Role? and giving you actionable tips that you can implement right away. No studying on your part needed! (However, you can listen to the entire presentation here if you wish!)

The speaker for the portion of the NCI presentation covering soy foods and immune function was Dr. Leena Hilakivi-Clarke, a professor of oncology at Georgetown University.

Soy has had an up and down relationship in the cancer community. First up because of the observational studies showing low rates of cancer in Asian women who consume large amounts of soy, then down because cell culture and nude mice studies regarding soy showed increased cancer. Then up again when observational studies on cancer survivors consuming soy showed reduced recurrence of cancer. I hope to explain the importance of this scientific history of the relationship between soy and cancer and then, I hope to enter new territory by showing you the connection between soy and the immune system. Most importantly, I want to provide you with my bottom line on soy for cancer thrivers.

Not All Soy Foods Are Soy-Full

What Is In Soy Foods?

Soy contains isoflavones. Isoflavones are often referred to as phytoestrogens, or in other words, plant estrogens. They are plant derived compounds with estrogenic activity. There are two main types of isoflavones—daidzein and genistein. The research presented in the NCI presentation was performed using genistein. As you can see from the chart below, different types of soy foods have different isoflavone content. Some contain more daidzein and others, more genistein.

This chart also shows that traditional soy foods like 1 cup of tofu has 53 mg of total isoflavones, whereas 3 links of soy sausage have only 3 mg. The isoflavone content of soy protein concentrates vary from 12-102 mg depending on their preparation method. Because of the varying levels of isoflavones in foods, researchers will tend to report the isoflavone intake and not the soy food intake. Presenting the isoflavone content helps to make the results more valid.

What Are The Health Benefits Of Soy Foods?

These are some of the proposed health benefits of soy, which Dr. Hilakivi-Clarke outlined. All of which, she points out, remain controversial:

Why Is There Fear That Soy Increases Breast Cancer?

As I mentioned, genistein is one of the phytoestrogens (isoflavones) found in soy foods. The chemical structure of genistein is similar to ovarian estradiol that women produce naturally. Studies with human breast cancer cells (in culture or in nude mice) show that as concentrations of genistein are increased, the growth of human breast cancer cells also increase. This is why for years cancer patients and survivors (and the general population) were told to avoid soy foods. There was a fear that soy would increase breast cancer, despite studies showing low rates of breast cancer in Asian women who eat large amounts of soy. The good news is that in recent years, soy is no longer feared and studies have shown that it could actually be a benefit for those concerned about cancer.

High Intake In America is Very Low Intake in Asia

Observational human studies have been done to better understand soy. An observational study observes what happens when women eat their usual diets. This is different from intervention studies in which women would be randomly assigned to either a high soy or low soy diet (studies like this have not been done). The observational human studies have shown that soy intake reduces the risk of breast cancer by about 30%. In the Asian observational studies, a high intake of soy was over 20 mg per day (low intake is 5 mg per day). In Western woman, high intake of soy is only 0.8 mg per day or more (and low intake is less than 0.5 mg per day). Not surprisingly, there is no effect of ‘high’ soy intake in American women…and you can see why! American women have very low soy intake (only 0.8 mg per day, which well below the ‘low’ intake in Asian women of 5 mg per day).

As we see in the studies described above, the amount of soy consumed can help to explain the difference in breast cancer incidence between Asian women and American women. The other variable to consider is the time in life when soy is consumed. In Asian cuisine, soy is introduced to the diet of young children and they continue to consume soy throughout their lives. In contrast to this, women in the western world tend to introduce soy into their diet only late in life—usually when they are trying to treat their menopausal symptoms with food.

The observational studies give us information about incidence of breast cancer, but what about survival from breast cancer? After I looked at several studies that examined this relationship, the overall finding is that soy food intake after breast cancer diagnosis does not have a significant effect on survival. Although, one of the studies did show a reduced mortality with high intake of soy foods. The studies did agree though that there is no negative effect, in other words, there was not a reduction in survival when the patient consumed soy.

What about recurrence of breast cancer, does soy intake make a difference?

In this case, there is a benefit. The higher the intake of soy after a breast cancer diagnosis, the lower the risk of recurrence. This relationship was true for both Asian and Western women. However, it was pointed out by Dr. Hilakivi-Clarke the women were consuming soy before they got breast cancer.

If I Didn’t Consume Soy Before My Breast Cancer Diagnosis, Should I Start Now?

This is a common question of many western woman confronted with a breast cancer diagnosis. This question has not been investigated, so it isn’t known what the effect would be.

How Does Soy Impact My Immune System?

Genistein, one of the isoflavones in soy, has been shown to have a positive impact on the immune system. It can enhance both cytotoxic T cells and Natural Killer cells. Cytotoxic T cells and Natural Killer cells are immune cells that can attack cancer. Genistein has been shown to inhibit IL-6 and TNF alpha, which are known to promote cancer cell growth. Genistein is also anti-inflammatory. Its anti-inflammatory property is protective against cancer as inflammation can drive the cancer process.

Chemotherapy and radiation can create inflammation. This inflammation can have negative effects by impairing the effect of the treatment. The genistein in soy foods can prevent therapy-induced inflammation and stimulate anti-tumor activity. The overall effect of genistein can be an improved response to the cancer therapy.

In order for genistein to have beneficial effects, an immune system is required. This can explain why studies that use only human breast cancer cells (in culture or in nude mice) showed that soy increased the cancer cell growth. A nude mouse doesn’t have a functioning immune system, neither do the isolated cancer cell cultures. So, genistein is not directly helping to fight cancer cells. The benefit from soy (genistein) comes from how it supports our immune systems.

What Should I Do as a Cancer Thriver?

Based on the information in the NCI presentation, I would recommend that you continue to include whole traditional soy foods in your diet. This would include edamame, soybeans, tofu, soymilk (made from whole soy beans) miso and tempeh among others.

How Much Soy Should I Eat?

Dr. Hilakivi-Clarke recommends 2-3 servings per day of soy foods. No studies have been done yet to shown whether fermented or non-fermented is better. Also no information on the benefit of beginning soy foods after a breast cancer diagnosis have been published. But based on the many benefits of genistein on the immune system, I would suggest that even if soy wasn’t part of your diet before your cancer, it could be a benefit. But until further research is done, this will remain an educated recommendation on my part.

Note: I recommend organic soy products, because soy has been approved for genetic modification (GM). You can find out more about GM foods in my blog post, GMO or GM-No?

I suggest you take a look at this resource: Oregon State University Soy Isoflavones

Don’t miss an article from The Myeloma Crowd! To sign up for our weekly newsletter, email us at info@crowdcare.org.