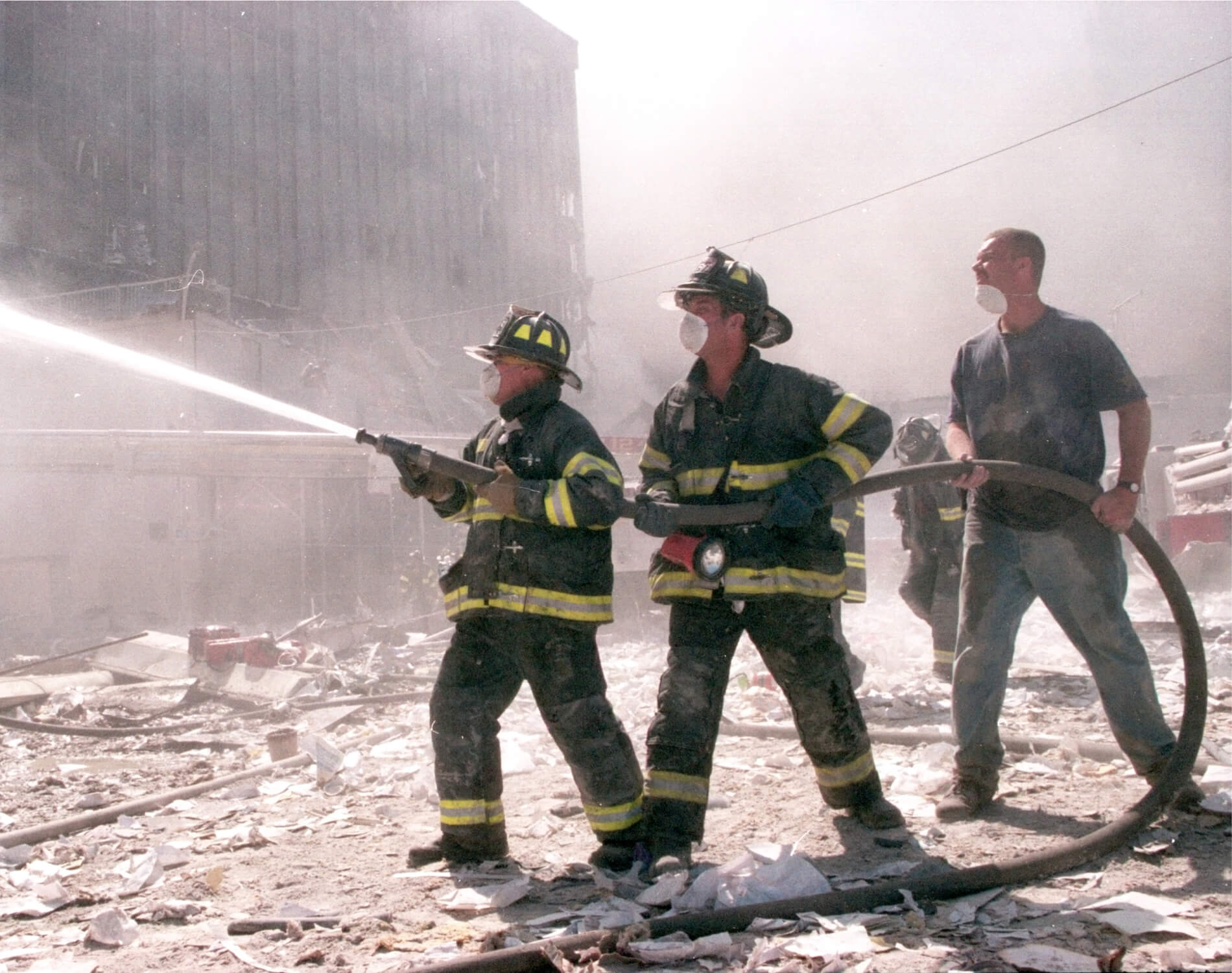 If you’re reading this, you know about myeloma.
If you’re from the New York City area and spent a lot of time in Lower Manhattan on or after September 11, 2001 and were exposed—or know someone who was—to the dust and smells of the area for a prolonged time and were—or knows someone who was—diagnosed with myeloma or one of many other major cancers or respiratory illnesses, in the months or years after, you should read on.
If you live in the area and check off a yes to each of the caveats above, then you should know about the September 11 Victim Compensation Fund (VCF).
You might want to make time to attend a forum of attorneys who represent many victims who believe their disease is linked to the toxic exposures of September 11—who can forget the image of the woman covered in debris dust who died of stomach cancer just a little more than a decade later?
The Staten Island Multiple Myeloma Support Group will be hosting this informational meeting, open to all in the community, on Wednesday, May 9, from 7:00-9:00 pm at the Hilton Garden Inn on South Avenue.

“Anyone who thinks either they or someone they know might have health issues related to exposure to the toxic dust clouds of September 11th should come to our event,” said Laura Mooney, the founder of the State Island Myeloma Support Group.

Attorneys from the Barrish & McGarry law firm, who represent “thousands of SI residents who commuted to their jobs in Manhattan via the SI ferry and then walked to the subways to go uptown to their jobs during the 8 months after the attacks” will explain and answer questions about the James L. Zadroga 9/11 Health & Compensation Act, which created the VCF.

According to a Barrish & McGarry statement, “since the towers were on fire for 99 days, there is a presumption that exposure to the toxic dust caused respiratory illnesses and cancers.”

Recent actions by the Trump administration have split the administration of the program and created confusion about the roles of federal agencies to monitor health and the future of compensation funds.

“Our event on May 9 is intended to provide clarity and direction to anyone who is confused or concerned about these issues,” Mooney stated, “anyone whose health was affected by the events of September 11th needs to be informed and our community must be heard by policymakers.”

Study Adds Urgency to Victims’ Claims
The Staten Island meeting comes on the heels of research from Memorial Sloan Kettering researchers (MSKCC), led by Dr. Ola Landgren, demonstrating that people exposed to September 11 dust and toxins “are nearly twice as likely to have” a precursor condition that all myeloma patients have, monoclonal gammopathy of undetermined significance (MGUS).
While this study does not categorically link all diseases to September 11 contaminant exposure—especially for firefighters, construction workers and police—it does mean those who were in the vicinity have significantly higher disease risk.
This research builds on an earlier study by another MSKCC team showing a doubled rate of MGUS among Vietnam veterans exposed to Agent Orange.
Cancers and respiratory illnesses caused by exposure to toxins often takes years or decades to be diagnosed.

“This means that the current December 18, 2020 deadline to file a VCF claim,” according to Mooney, “is unrealistic and needs to be changed through legislation.”