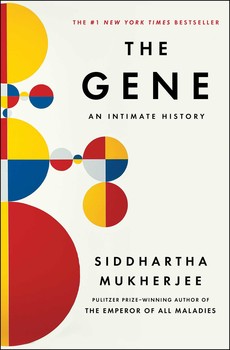 BY GREG BROZEIT When you get a headache, you don’t educate yourself about treatment options.  You just follow the instructions on a bottle of aspirin, acetaminophen, or ibuprofen and trust it will do the job. It’s different for a myeloma patient or caregiver; cancer is not simple.  With myeloma, or any cancer, there is a need—perhaps even a duty—to become knowledgeable about the disease in order to make the best treatment decisions.  It can make the difference between living independently or with a disability…or life and death. Even with the multitude of available educational resources—including the Myeloma Crowd website and the Round Tables on High-Risk Disease—to help you make the best decisions for you, navigating and making sense of scientific terms can be frustrating, especially if it’s been decades since you opened a science textbook.  Recent advances and promising news in myeloma research and treatment can make it more intimidating and confusing. That’s why Siddhartha Mukherjee’s The Gene: An Intimate History should be on your reading list.   With eloquent, seemingly effortless writing of a gifted novelist, he explains how “genes provide the context to understand development and fate” of life.  The book simplifies complex issues, providing a foundation to better understand every other patient education resource. Mukherjee, author of the Pulitzer Prize-winning sensation The Emperor of All Maladies: A Biography of Cancer, describes how the concept of the gene has changed throughout history.  His narrative is interwoven with his family’s history of mental illness and the fears of genetic predisposition that might one day affect him, his children or other members of his family. Genes are operators within chromosomes that communicate information to every organism.  DNA uses genes to direct RNA to create proteins, which do the work of building all life forms, including cancer.  Genes are more than just complex carriers and purveyors of heredity.  They are subject to continuous variations, adaptations and mutations that evolve over generations.  The action of genes is continuously circular; there is no beginning and no end, or as Mukherjee sums up, “A chicken…was merely an egg’s way of making a better egg.” The genome, which is “the entire set of genetic instructions carried by an organism,” makes up the stuff of life.  Yet even when genes and genomes are distilled to their most elemental states, finding answers about how to manipulate them—to stop disease, for example—is elusive. Epigenetics is genomic activity that can be changed permanently by external influences.  Mukherjee explains how “every genome acquires its own wounds, calluses and freckles—but these wounds, and calluses ‘exist’ only because they have been written into genes.  Even the environment signals its presence through the genome.”  As anyone who knows about myeloma knows, environmental factors alter genetic activity—we just don’t exactly which ones or to what extent—which is the most likely major culprit that cause myeloma. Genes act like light switches (also known as gene expression), genomic or environmental messages turn “on” and “off.”  The “switches” may be triggered just once, telling a fetal cell, for example to develop into a liver, pancreas, bowel, or eye.  Others flip on and off many times per second as they respond to their local environment. Moreover, as the understanding of how genes control metabolic pathways grows, scientists can alter those pathways to treat cancer by turning specific genes on and off.  Stopping specific cancer-promoting genes like this is called targeted therapy. Perhaps the greatest challenge in today’s research is to understand how we move from where we are now—genotype—to be able to predict where our genes may take us in the future—phenotype.  “A genotype is an organism’s genetic composition. It can refer to one gene, a configuration of gene, or even an entire genome.  A phenotype, in contrast, refers to an organism’s physical or biological attributes and characteristics—the color of any eye, the shape of a wing, or resistance to hot or cold temperatures.”  Or as he puts it more simply: “genotype + environment + triggers + chance = phenotype.” Predicting phenotype is the goal of genetic research.  Some diseases—like CML, hemophilia, or Huntington’s disease—can be distilled down to one gene defect.  That explains why these diseases are on the forefront of gene therapy research.  “But most common human diseases do not arise from single-gene mutations. These are not genetic illnesses as much as genomic illnesses: multiple genes spread differently throughout the human genome, determine the risk for the illness.”  In a nutshell, that describes myeloma. “Cancer, perhaps, is an ultimate perversion of genetics—a genome that becomes pathologically obsessed with replicating itself” and, depending on the type, it can require multiple—perhaps tens, hundreds, or more of distinct operations, those on and off switches of gene expression. Until now, manipulating these actions has largely been accomplished, sometimes effectively, but mostly inefficiently, by drugs.  But newer technologies and research, including CAR T cells, in which alterations to blood cells are designed to neutralize and kill specific disease-causing genes, demonstrate how far the science of genes has come. Recently, a CAR T cell clinical trial had to be halted after three patients died as the result of swelling in the brain when the immunotherapy was given along with two chemotherapies.  The trial has since resumed without the second chemotherapy, but it is a sobering reminder of, despite its promise, how far we still have to go to harness the promise of the gene. But The Gene is convincing and optimistic about finding cures.  Harnessing the promise of the gene will be the most revolutionary advancement in medicine.  The most important question that still needs to be answered is: When?