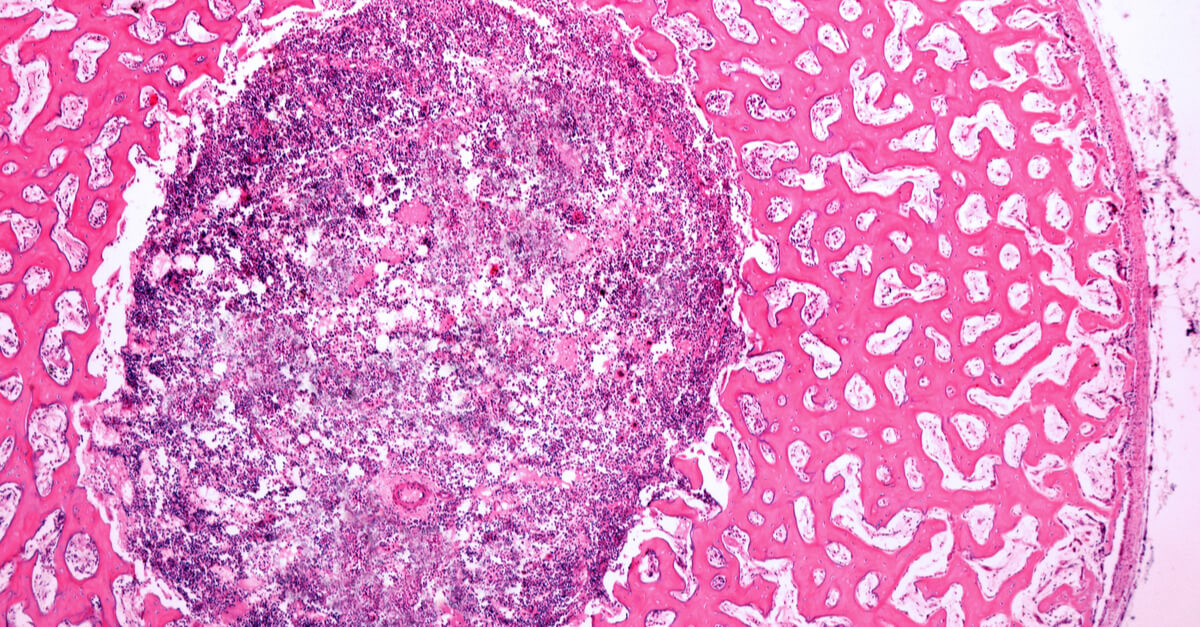 Dana Farber Cancer Institute myeloma specialists are studying reasons that MGUS or Smoldering Myeloma patients progress to active myeloma. One key reason could be what is happening in the bone marrow microenvironment. The known progression from MGUS and often through an intermediate stage called smoldering myeloma supports the idea that clonal evolution of cancer cells occurs between the original stages of the creation of abnormal tissue and the time of symptomatic disease. However, since many of the myeloma genetic errors (like gene deletions or additions) can be found at MGUS and smoldering myeloma stages at lower frequencies, suggesting that progression to active myeloma is attributed to the expansion of these subclones that arise in early stages of MGUS or smoldering myeloma. There is research in the last decade showing that the transformation may actually depend on the bone marrow environment that could provide a friendly or hostile area for myeloma cells. Normal bone marrow has many functions that keep the area in balance and orchestrate where the cells can travel, how they can expand or divide and differentiate between normal and abnormal early stem cells. Changes to the environment can create a pro-malignant state that disrupts the normal processes that stop cancerous cell division or cell growth signaling. In a paper called "The bone-marrow niche in MDS and MGUS: implications for AML and MM," the researchers point out that the early stem and progenitor cells can be permanently damaged, even without the presence of myeloma cells. For example, myeloma patients have bone lesions or fractures that never heal because of malfunctions in new bone formation. Myeloma patients can experience a double whammy where new bone formation is reduced (poor osteoblast function) while also having increased bone destruction (osteoclast malfunction), causing significant bone damage. Additionally, these stem cells can secrete exomsomes that myeloma cells can use for growth. The immune system is also involved. In a normal system, natural killer cells and T cells can kill cancerous cells as a regular part of their function. MGUS and smoldering myeloma are both characterized by a lack of proper immune system function to regulate normal surveillance and killing of abnormal cells. Rapid new blood vessel formation (angiogenesis) is also known to have an impact on the progression from MGUS to myeloma. Treatment is now being considered at earlier stages of the precursor conditions. The authors state:

The rationale supporting the use of agents that target the bone-marrow microenvironment in an attempt to delay or prevent progression of precursor conditions to over disease remains strong.

But how? The authors give an example where new bone formation (osteoblasts) can be loaded with bortezomib before injecting them into myeloma cells. This markedly decreased tumor burdens and prolonged survival in mouse models. Another example used was to target progenitor cells that promote progression from MGUS to myeloma using an anti-VEGF receptor2 antibody. Early treatment delayed tumor progression in a mouse model, but when given the same agent at a later time, the treatment was ineffective at improving the outcome. The next big wave of therapy is of course, immunotherapy. Today's uses of monoclonal antibodies like elotuzumab (targeting SLAM-F7) and daratumumab (targeting CD38) can help deepen responses to treatment or help maintain remissions. Targeting cell processes that also lead to drug resistance can help prevent disease progression in mouse models. The authors suggest that the stromal compartment of the bone marrow may be the critical regulator of drug resistance. The authors conclude that an altered bone-marrow microenvironment can provide a nurturing niche that encourages myeloma development. Targeting this microenvironment specifically may help prevent MGUS or smoldering myeloma from progressing at all. For those with MGUS or smoldering myeloma, we suggest that you join Dr. Ghobrial's PCrowd study. This is an observational study that requires no travel. Simply enroll in the study and send in bone marrow and blood samples that are gathered at your normal doctor's visits. In this way, Dr. Ghobrial and the Dana Farber team can continue the study of these early conditions and hopefully find ways to prevent active myeloma from ever occurring.