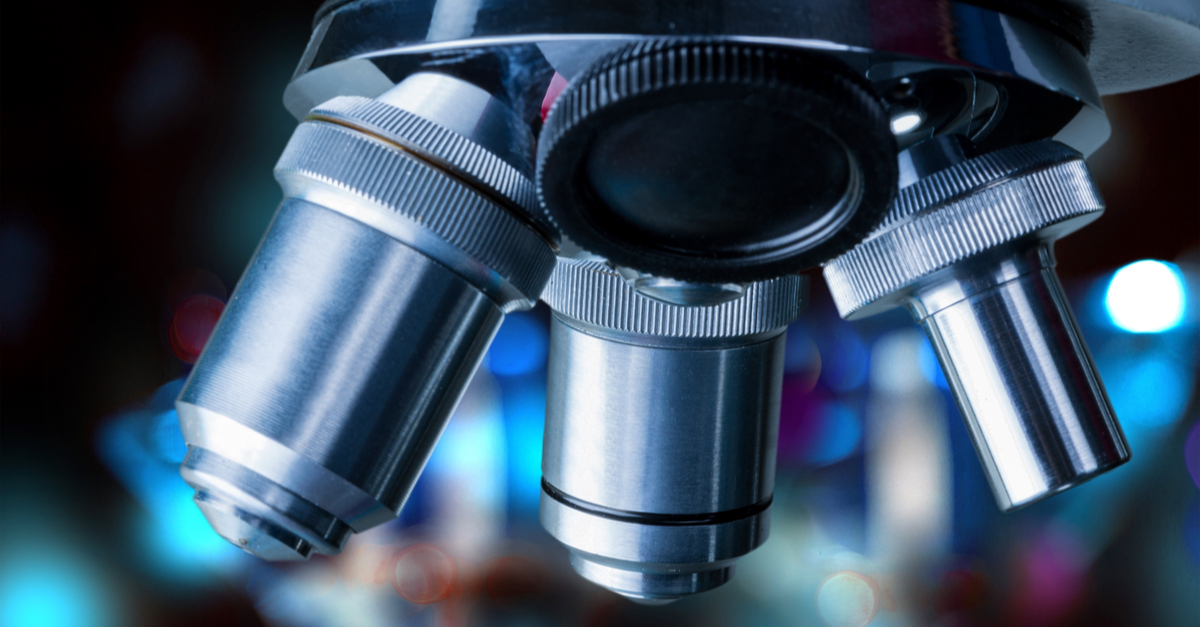 To hear Washington University researchers speak on this topic, register for the Myeloma Crowd Round Table in St. Louis on March 10.

A new anti-cancer strategy wields light as a precision weapon. Unlike traditional light therapy — which is limited to the skin and areas accessible with an endoscope — this technique can target and attack cancer cells that have spread deep inside the body, according to researchers at Washington University School of Medicine in St. Louis. Light emitted as part of traditional cancer-imaging techniques, to locate metastatic tumors, also can trigger light-sensitive drugs, according to the new study. In addition, the research shows that when such drugs are packaged into nanoparticles that target lit-up cancer cells, the light-sensitive drug produces toxic free radicals that kill the tumor cells. The researchers showed that the technique worked effectively in mice with multiple myeloma, a cancer of white blood cells, and aggressive metastatic breast cancer. The study is published online in Nature Communications.

“Cancer that has spread remains the major reason patients die,” said senior author Samuel Achilefu, PhD, the Michel M. Ter-Pogossian Professor of Radiology at the School of Medicine. “Our study shows that this phototherapeutic technology is particularly suited to attacking small tumors that spread to different parts of the body, including deep in the bone marrow.”

The technology harnesses a chemotherapy drug called titanocene. As a chemotherapy agent alone, titanocene has not worked well in clinical trials, even at relatively high doses. But when exposed to the radiation emitted by visible light, titanocene produces reactive particles that are toxic to cells, even at low doses. Achilefu and his colleagues packaged low doses of titanocene inside nanoparticles they targeted to proteins known to sit on the surface of cancer cells. They found that when the nanoparticles make contact with cancer cells, their membranes fuse together, releasing the titanocene into the cells. The investigators then deliver a common cancer imaging agent called fluorodeoxyglucose (FDG), a type of sugar. Energy-hungry cancer cells take up the FDG at high rates, causing tumors to glow in a positron emission tomography (PET) scan. This glow also triggers the titanocene, releasing free radicals and killing the cells. Since the titanocene and the light-emitting FDG are targeted to the same place at the same time only in tumors, the technique is believed to be less toxic than standard radiation and chemotherapy. Research also shows that the body rids itself of titanocene through the liver, while FDG is cleared through the kidneys. That the two components are disposed of separately minimizes damage to other organs. When separated, the two components are not toxic, according to the investigators. Mice with multiple myeloma were treated using this strategy once a week for four weeks. In the weeks following, the treated mice had significantly smaller tumors and survived longer than the control mice. Fifty percent of treated mice survived at least 90 days. Of the control mice, 50 percent survived 62 days. The mice with breast cancer also showed an anti-tumor effect when treated using this strategy, though less pronounced than in those with multiple myeloma, likely due to the extreme aggressiveness of the breast cancer cell line, according to the researchers. The investigators also found that certain types of multiple myeloma surprisingly were resistant to this technique. They determined that the resistant multiple myeloma cells lacked the surface proteins used to target the titanocene-loaded nanoparticles.

“This is an opportunity to learn because it’s similar to what is seen in patients — some of the cells become dormant but don’t die after treatment,” Achilefu said. “When we looked closer at the cells that were resistant to our phototherapy, we saw that the surface protein we are targeting was not there. So next, we want to find out if we can pinpoint another surface protein to target and kill these resistant cells along with the myeloma cells that did respond to the original therapy, which could lead to complete remission.”

Achilefu envisions doctors being able to one day use this type of technology to prevent cancer from recurring.

“We are interested in exploring whether this is something a patient in remission could take once a year for prevention,” Achilefu said. “The toxicity appears to be low, so we imagine an outpatient procedure that could involve zapping any cancerous cells, making cancer a chronic condition that could be controlled long-term.”

Editor's Note: The nanotechnology is being performed as part of an exclusive NIH RO1 grant. Washington University is the only facility using nanotechnology on multiple myeloma.

Originally seen at the Washington University School of Medicine website.