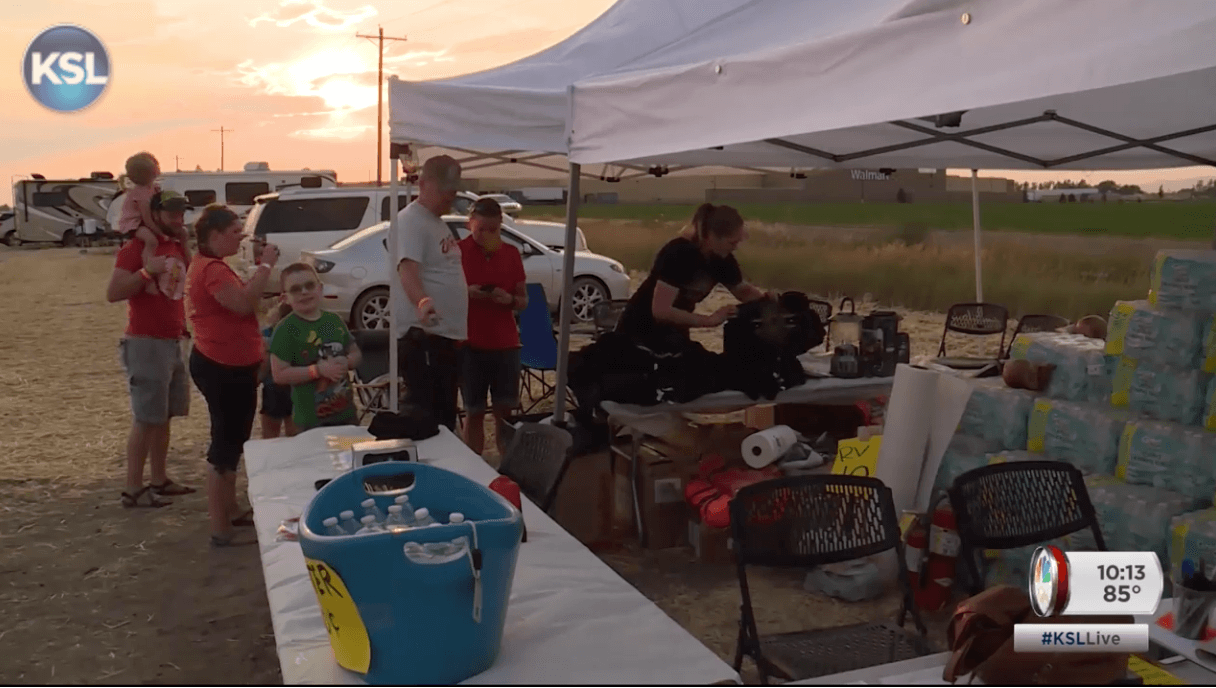 Originally seen on KSL.  Article by Andrew Adams, KSL TV REXBURG, Idaho — There are a lot of open fields where campers can park an RV, pitch a tent and watch Monday’s total eclipse. But one family in Rexburg is drawing interest from across the country and around the world for the cause it represents. With the blessing of the property owner, the Ahlstrom family of Sandy has opened up a camp site in the golden acres that sit across from Rexburg’s Walmart near 1450 North 2nd East to raise money to help support a cure for multiple myeloma. “There is a lot of hope in myeloma,” said Jenny Ahlstrom, a mother of six children who was diagnosed with the rare terminal blood cancer in 2010. Ahlstrom, who founded the CrowdCare Foundation and the Myeloma Crowd, made a goal two years ago to raise $500,000 for research geared toward a cure for multiple myeloma. “We’ve raised $477,000 so far,” Jenny Ahlstrom said. “We’re trying to reach our goal of $500,000, and that’s one of the reasons we put this camp together is to try to reach our end goal.” Her husband and children have helped organize and advertise the camp, as well as run it. “It’s kind of exciting to see projects like this go on,” said daughter Megan Ahlstrom. “It’s been really fun to have the whole family up here and have a family camp activity.” Numbers of campers were growing as of Saturday night. Visitors had traveled from as far away as Finland, Jenny Ahlstrom said. She said she was putting hope in a couple of experimental treatments, including one that showed extremely high rates for responsiveness and remission. “CAR T-cell research is showing stunning, stunning advances,” Jenny Ahlstrom said. “It’s completely unheard of.” She said plenty of RV and tent sites remained on the property for Sunday into Monday. Full weekend RV sites cost $250 and tent sites cost $200, per the website setup for the event. Monday-only tent and RV sites were listed for $50.