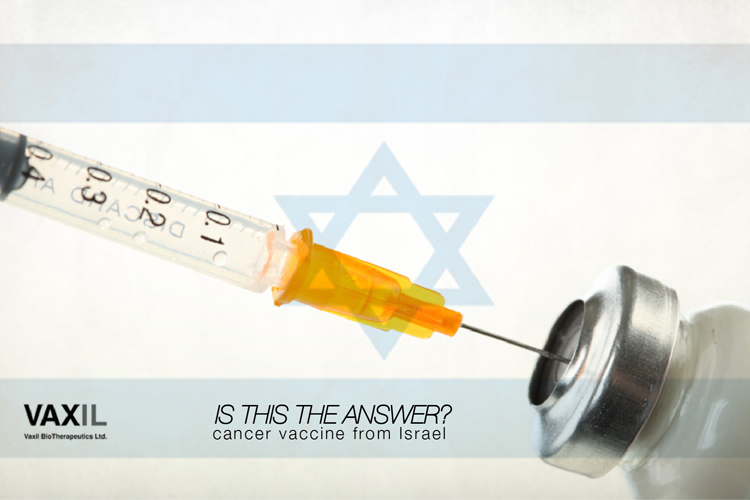 , a leading developer of immunotherapeutic products to treat cancer and infectious diseases, reports that its lead drug candidate, ImMucin has received orphan drug designation from the European Medicines Agency (EMA) of the European Commission (EC) for the treatment of multiple myeloma, a blood cancer. Orphan designation by the EMA is granted to promote the clinical development of drugs that target rare life-threatening or debilitating conditions and which are expected to provide significant therapeutic advantage over existing treatments. Orphan designation provides significant benefits, including ten years of market exclusivity following marketing approval, reductions in the fees and costs of the regulatory process and scientific assistance from the EMA in clinical development. Dr. Lior Carmon, Vaxil's Founder and CEO comments: "Obtaining orphan drug designation for ImMucin in the European Union is a highly important milestone in the development of this novel treatment. There are still limited treatment options for those multiple myeloma patients with 'minimal residual disease' i.e. in a state where the disease is in remission or near remising but with residual tumor cells in the bone marrow, which are known today to lead to inferior overall survival. These patients are looking for a maintenance treatment that can manage their disease and stop or at least delay relapse. We are excited about ImMucin's prospects to potentially treat these patients as validated by the EMA's decision. This will obviously be further evaluated in our upcoming clinical trial due to start this year." About ImMucin Vaxil's lead product, ImMucin, teaches the patient's immune system to identify and destroy cells which display a short specific 21-mer portion (Signal peptide domain) from the cancer target (marker) MUC1, which appears on 90% of all cancers cells but not in patients' blood, a factor which can enhance its potency. In 2013, Vaxil completed a Phase I/II clinical study with ImMucin on multiple myeloma patients which showed high safety profile, strong diversified T/B-cell immunity in all 15 patients across MHC repertoire and initial indications for clinical efficacy; 11 out of the 15 patients demonstrating stable disease or clinical improvement which did not require any further treatment. A follow-on study (still ongoing) on patients who responded clinically to ImMucin has shown that some patients are more than four years without requiring any further treatment for their disease. ImMucin is also being evaluated in a Phase I/II study to treat patients with metastatic breast cancer who are also receiving first first line hormone therapy. Multiple myeloma is the second most common blood cancer; where plasma cells (the tumor) accumulate in bone marrow leading to bone destruction and marrow failure. Myleoma accounts for 1% of all cancers and more than 10% of all hematological malignancies. Recent introduction of autologous stem-cell transplantation and the availability of agents such as immunomodulators and proteasome inhibitors have changed the management of multiple myeloma. However, for most patients it still remains an incurable disease.