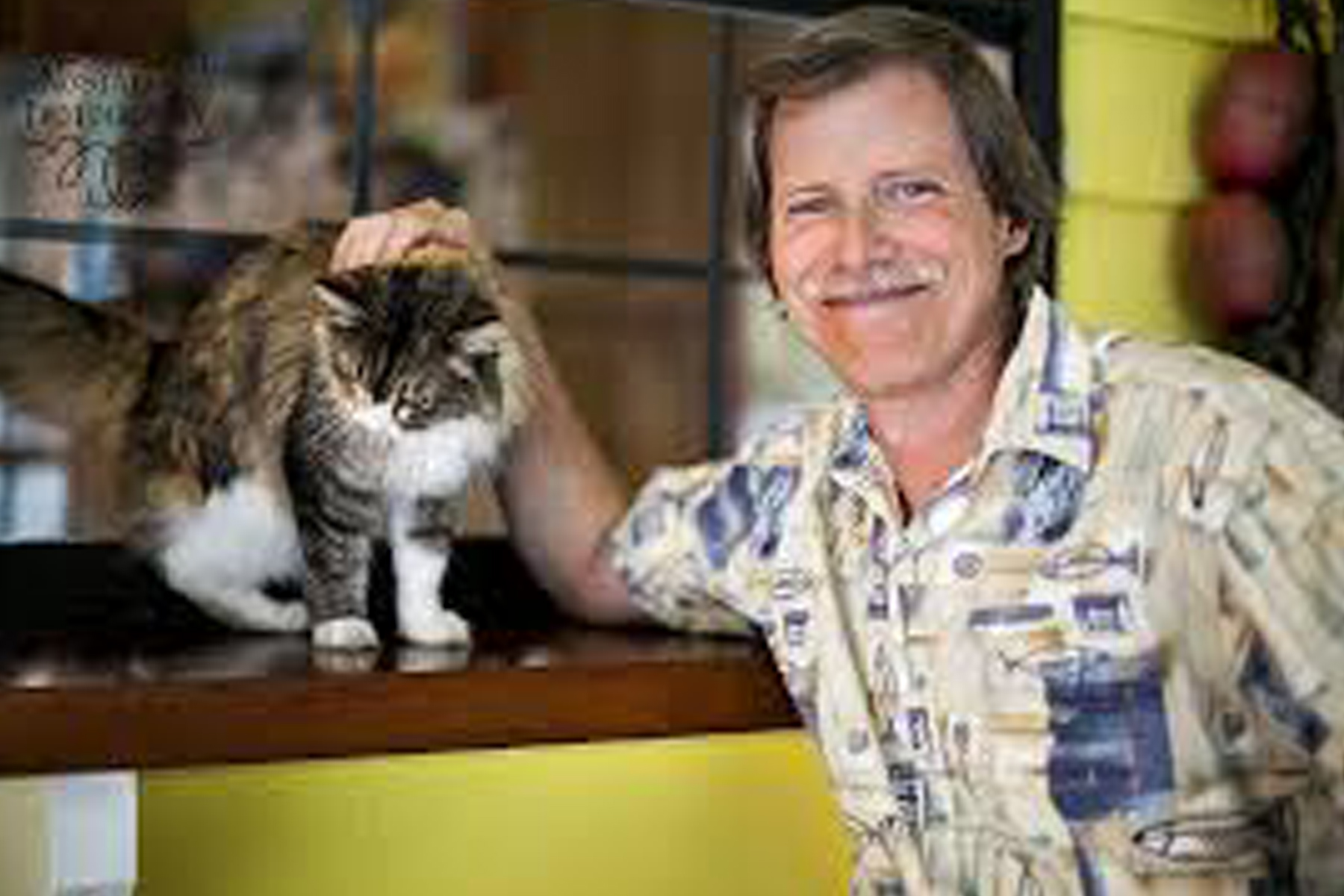 Why It's So Important to Be an Informed Patient

I’m constantly harping on how important it is to be an informed patient.  I referred to it several times this weekend: “Some patients can’t even name the chemotherapy that they’re on!  That’s fine, as long as nothing goes wrong.”

What could possibly go wrong?  Other that a mix ups or delays, is it really that important to stay updated about the latest therapies or contraindications?  ABSOLUTELY!

Let’s use my recent situation as an example.  At one point my medical oncologist and specialist couldn’t agree on a new therapy direction following my third relapse.  Nothing in the text books about that; a half dozen years ago, patients died more often than not before now.

Speculating what we’d do if and when RVD failed to control my myeloma, Dr. Alsina at Moffitt recommended substituting pomalidomide (POM) for Revlimid, staying on Velcade and dexamethasone, too.  My medical oncologist on the Gulf Coast, Dr. Malhotra, thought adding one or more assisting drugs (Cytoxan and or Biaxin) to the existing mix was worth a try.  My new specialist at Mayo Clinic Jacksonville, Dr. Roy, wants to start with a doublet of POM and dex, establishing a new therapy baseline and making course corrections as we go.  Others I correspond with believe we shouldn’t be messing around; hit it hard using POM, Kyprolis and dex right out of the gate.

Still think a patient doesn’t need to understand his or her options?  Someone in a mid-sized  town that’s not seeing a specialist–or taking part in his or her therapy decisions–may not even suspect that there’s more than one direction that they can go.  Their doctor will simply tell them that he or she is prescribing a new drug or drugs.  With no medical standard of care, which drug(s) will they choose?  I’m not comfortable with a medical oncologist using their smart phone to skim through a couple of therapy reviews, then prescribing a drug combination that they may have no experience administering.

On the flip side, I’ve had a number of readers recall that their doctors asked them after presenting more than on option,”What do you think?”   Really?  Why, because they don’t want to take responsibility for making a decision?  It’s one thing if they ask an uber informed patient like me that.  But a patient and caregiver that aren’t up to speed?

First relapse?  Most docs will go back to what worked in the first place; that would be considered “standard of care.”  But what to do after a doublet of Velcade/dex or Rev/dex stops working?  BiRd?  CyborD?  RVD?  POM, Kyprolis or a combination of the two?  What about an auto or possibly even an allo stem cell transplant?  Or maybe a clinical trial using one of a half dozen promising new drugs?

I rest my case!  But there is more to being an informed patients than understanding therapy options.  The process of getting the drugs once a decision has been made can be intimidating and cumbersome.

Monday I met with my new medical oncologist, Dr. Luke at 21st Century Oncology, here on Amelia Island.  He’s working under the direction of Dr. Roy at Mayo.  We’re still getting used to each other, but we worked through things and I’m pleased with the result.  A new dexamethasone script is awaiting a call from Cigna Home Pharmacy.  And the order for 4 gm POM–21 days on and 7 days off–is officially in the system.

Great!  I can head home and wait for 21 POM capsules to magically show up at my door?  A reasonable assumption.  But experience has taught me that’s not how it works.  I insisted on seeing the practice’s insurance company contact before leaving Dr. Luke’s office.  It wasn’t easy.  I had to ask three times to see their young expediter, named Brandy.  You I could tell from the disheveled, unkempt office that Brandy wasn’t used to entertaining  patient guests.

“I’m glad you’re here.  You can sign the paperwork.”  Brandy said.  Paperwork?  If I hadn’t insisted on her taking the time to meet with me, when would I have done that?   Tomorrow?  The next day?

Yet there wasn’t any paperwork to sign.  Apparently there’s a glitch in Celgene’s (manufacturer of POM) online system.  It wouldn’t allow Brandy to register me, since I was already in their system as using Revlimid.

Fortunately a 20 minute phone call with a Celgene representative worked things out.  I took the opportunity to discuss financial considerations, and  the fact that I was part of the Leukemia and Lymphoma Society’s (LLS) Co-Pay program. I suggested we use Cigna’s specialty pharmacy.  I brought along a recent letter from Cigna, implying that the company may soon require it.  Brandy respectfully pushed back, explaining that the specialty pharmacy they use helps expedite things with Celgene; I was relieved to learn that this wasn’t her first rodeo.  Brandy was great; she apol0gized for the wait, I signed Celgene’s paperwork and I was on my way.

But there are three more steps before I get my capsules in the mail.  First, someone from the pharmacy needs to call me to get my shipping and credit card information to cover the co-pay.  Still not sure what that will be, but the LLS will cover this part of the cost.  If I don’t receive that phone call by tomorrow, I’ll follow up.  Next, I’ll need to complete a monthly safety survey for Celgene.  Those of you using Revlimid are all too familiar with this.  “Have you had sexual intercourse with a woman with a womb that can become pregnant?”  Not since Pattie’s hysterectomy following her first scrape with cancer 18 years ago, but I’m flattered–thanks for asking!  As I’m reminded to use a condom–haven’t had to do that for a long time, either–I often feel like a customer talking to a cashier at Target or Kohls during these interviews.  “Do you have a coupon?”  They ask, making me feel like I’m missing out on something because I don’t.

Third and most importantly, insurance will need to approve the script.  No problem you say?  I heard from the specialty pharmacy that Brandy recommended Tuesday to answer some questions.  No insurance approval.  Did they have any information about Celgene Patient Support (CPS)?  Or the fact that I had been approved for co-pay assistance while using Revlimid, cutting my co-pay from $100 a month to $25?  Nope.  Was Bramdy familiar with it?  I wouldn’t know; she hasn’t gotten back to me.

I drove over to Tampa to double check on our other house (not sold yet), do some touch up painting and haul another load of stuff back to Amelia Island in our beat up workhorse van.  I timed the visit so I could attend the Nature Coast Multiple Myeloma Support Group meeting.  Our speaker for the evening?  Anthony Giuliani, one of Celgene’s Patient Support specialists.  What fortuitous timing!  Turns out had I gone with my instincts and had Mayo Clinic handle all of this, they would have contacted CPS right out of the gate on  my behalf.  Counselors there would have already been working with my insurance company to help expedite things.  And if Cigna Insurance was taking longer than a few days to approve Pomalyst?  CPS would have sent me a free month’s supply of 4 mg capsules, arriving Friday or Saturday.

Really?  I recalled how helpful CPS had been back in 2007 after I was newly diagnosed, providing two months worth of Revlimid while we wrestled an approval out of Blue Cross back in Minnesota.

But most patients in the U.S. don’t have access to Mayo Clinic or some other larger cancer center.  They’re relying on a Brandy or specialty pharmacy to help work things out.  Getting involved and advocating for oneself could help get you one of these potentially life saving drugs days or weeks sooner.

To be fair–uninformed patient or not–all of this would have eventually been worked out.  But it most likely would have taken days longer to do–and I don’t want to waste any time getting started on the new drug.  I’ll follow up and let you know how it all plays out.

Speaking of following up, I’ve continued to receive emails asking if we ever found our lost, three legged cat, Aspen.  YES!  We found her nearby the next day, none the worse for wear despite being gone overnight and weathering several thunderstorms and downpours.  Poor thing!  She hadn’t spent anytime significant time outside for five or six years.  I mentioned this in a comment but should have let everyone know via post.  Thanks for your concern and caring!  Pattie would have been devastated if she had never returned home.  Me, too, although I’ve obviously been distracted, focusing on my medical complications these days.

Aspen’s home.  I should have good news on the Pomalyst front soon, too–a good omen, don’t you think?