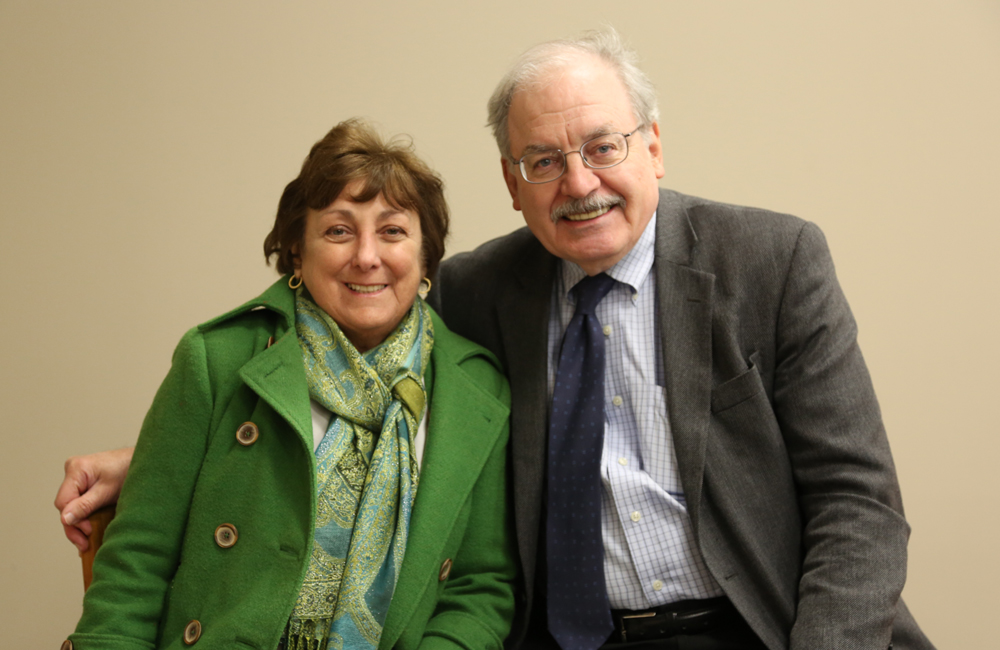 Why Janet Joined a Myeloma Clinical Trial (or Two)

Janet Crowley was an elementary school teacher for 33 years. She started thinking about retiring in September of 2013 at the age of 65. Her decision was hastened by persistent back pain that she thought was a pulled muscle because she had been moving heavy furniture. Her doctor prescribed muscle relaxers and pain medication. The pain got worse. In November, she had a full physical and her blood work came back with abnormal hemoglobin and high amounts of calcium. She was sent to the hospital for a flurry of tests and a bone marrow biopsy. The results confirmed that she indeed had active multiple myeloma. She knew nothing about this foreign disease and was scared. She was being seen by a hematologist/oncologist who prescribed several rounds of Revlimid, Velcade and dexamethasone and a stem cell transplant; a standard myeloma therapy. Her transplant in April of 2014 put her into a very good partial remission for about a year. Once she relapsed, she was referred to myeloma specialist Dr. Yvonne Effebera at The Ohio State University. With her local hematologist, Dr. Effebera helped Janet craft a treatment strategy. Janet had a high risk feature and didn't think doing a second transplant would do much. She also looked at "standard" myeloma therapies made the decision to participate in a clinical study because it was likely that the study would include these standard medications anyway. Her first clinical trial was led by Dr. Craig Hofmeister of OSU. Janet like that the doctors at OSU worked together as a team to provide her with the best options available and she like the feeling of support from their cohesive efforts. The trial she joined included the combination of Reolysin, carfilzomib and dexamethasone. She went twice a week for infusions that lasted 2-4 hours depending on how busy the lab was. For 18 months her numbers were dropping and stable. As the trial was wrapping up, her myeloma started to progress. She entered a second trial using AR42, pomalidomide and dex. She experienced more side effects with this combination and she says that her numbers aren't improving. She has an upcoming appointment to discuss whether she will stay in the trial or not. She says:

"That’s one of the nice things about clinical trials. If you are doing well they keep you in and watch you very closely. They're always checking your blood counts, physical status and your see the doctor often. If you have a question, they are right there. If there is something not working, they are right on top of that."

She also said that some of drugs she used were paid for in the trials, which makes it good for people who can't afford them. Dr. Effebera mentioned that she would probably use daratumumab next, but they needed to discuss the options. Would she consider joining another study that uses daratumumab, even though it is now FDA-approved in the clinic in a variety of combinations? She said that she would.

"I'm definitely in favor of clinical trials. It’s the only way we are going to make progress and get some answers and maybe find a cure. For me a cure would be permanent remission. Even if they could get the myeloma under control, I’d be happy. I’m sure a lot of other people feel the same way."

She is excited about the progress they've made now that gene mapping is being done. Pinpointing more personal treatments is something she is looking forward to. She knows that she is both helping herself and helping others by joining.

"Every myeloma case is different but by joining clinical trials I feel like I am not just helping myself, but I could be helping a whole bunch of people. This could even carry over into other forms of cancer with the goal of a cure."

To find myeloma clinical trials that are right for you, click the button below:

Find a Clinical Trial on SparkCures